1. Brian Lilley speaks up on Trudeau’s renewed funding for UNRWA

The Globe and Mail has recently reported that “As part of the humanitarian package, the Liberals are expected to provide $15-million in annual funding to the United Nations Relief and Works Agency (UNRWA).”

In January 2010, the Conservative government redirected the Canadian funds earmarked to UNRWA to “to specific projects in the Palestinian Authority that will ensure accountability and foster democracy in the PA.” Previously, Canada provided UNRWA with 11 percent of its budget at $10 million (Canadian) annually.

The undersigned wrote in 2014 the following policy paper “UNRWA as a Convenient Surrogate for Terrorists Organizations” for The Center for Near East Policy Research. The paper (to read the full version click here) was submitted by David Bedein to the UN Secretary-General Ban Ki-moon.

An explosion severely damaged part of a building that housed a Turkish cultural association in a Stockholm suburb late on Wednesday but no one was injured, police said.

Police said all the windows of the centre were blown out and that technicians were onsite to investigate the cause. The centre was located in the basement of a building in Fittja, in south-west Stockholm.

“No one was inside. No one was injured. It had been locked since earlier in the evening,” a police spokesman said. 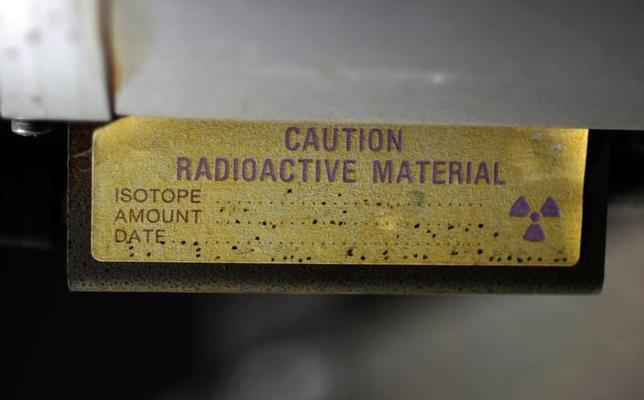 Iraq is searching for “highly dangerous” radioactive material stolen last year, according to an environment ministry document and seven security, environmental and provincial officials who fear it could be used as a weapon if acquired by Islamic State.

The material, stored in a protective case the size of a laptop computer, went missing in November from a storage facility near the southern city of Basra belonging to U.S. oilfield services company Weatherford WFT.N, the document seen by Reuters showed and officials confirmed.

A spokesman for Iraq’s environment ministry said he could not discuss the issue, citing national security concerns.

6. More video of aftermath on attack on Turkish ‘cultural center’ in Sweden

7. Another great ‘Woman on the street’ interview in Germany

Thank you Kathy, M., Wrath of Khan, Xanthippa, Richard and many more.

Tying these seemingly disparate loose ends together, this was a call to one of the last shows John Counsell ever did. Video of Hijab day at City hall coming within 24 hours.