1. Turkey demands that the US choses between Turkey or the Kurds.

2 Pathetic distortion of reality by Al Jazeera, who seem to be saying that the Paris attacks had nothing to do with Islam, and any attempt to protect European culture and values is ‘islamophobic’. This clip cannot be seen in the US but there may be a workaround for that. All people in the US should set VPNs to Canada for this one.

(Anyone thinking that this clip is from a channel with any integrity whatsoever is advised to watch yesterday’s Tommy Robinson clip where they tried to trick and trap him on live TV and then edited out all his answers to their trick questions that failed to make him and his views look bad. Once you have seen this, there should be no further doubt in your mind why Egypt’s Al Sisi shut them down as a Muslim Brotherhood propaganda arm)

3. Al Jazeera admits to its (highly deceptive) editing of the interview with Tommy Robinson, where he busted them for trying to trick him, and then censored his rebuttal to their very dishonest questions.

(This should raise some issues of sovereignty etc. For those not familiar with this small piece of earth, it would be akin to arresting muslims for praying at the kabaa in Mecca)

6. Oz-Rita translated an article from an eye witness in Calais about what took place there.

(More will be posted on this today. Some, unusual might be the cautious way to phrase it, events took place after the arrest of the former leader of the French Foreign Legion)

After being arrested rather brutally on the 6th February in Calais, the Colonel spent one night in the cells and one night in hospital because of health problems. Following this ordeal he appeared on French State media (eg RTL) who basically promote the narrative of the socialist Hollande Government,  a very unreliable and hostile witness where the reality of “the French people” is concerned, (to put it mildly). In these strange interviews and editorials, the colonel basically seemed to give out a message fully contradicting what he said during the manifestation.

7. Various moslem and leftist groups have organized a headscarf solidarity day, using the most facile kind of intellectual slight of hand, equating wearing the uniform of political islam with having some form of mild birth defect or something. No doubt thousands of simple minded women, and I say women because conspicuously, no men have been invited to participate in this event otherwise thousands of simple minded men would also join in, and no doubt it will go towards the narrative of seeing muslims, who dress, eat and behave in a way designed to segregate their community from the rest of humanity, will be seen as the victims of the effects of their own policies of hostility and enmity towards all other demographics.
One photo that will not be shown in this testament to the end of reason is the one below: 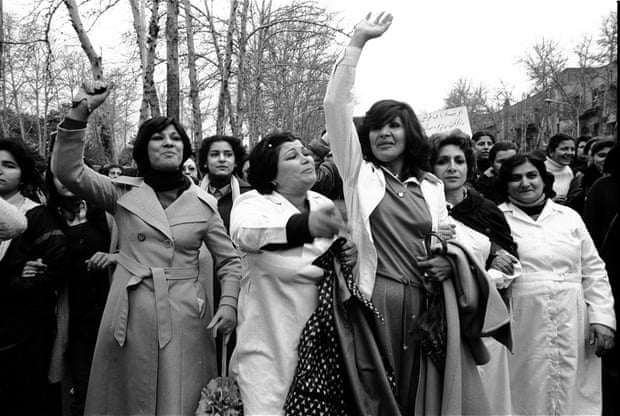 Iranian women protesting the hijab in 1979

Then of course, we have Egypt’s Nassar mocking the head-cloth for 2 minutes on public TV:

8. Another example of Facebook’s insane bias against Israel and her interests while ignoring genocidal messages against the Jewish people or Israelis.

(There may be a counter-move to this soon. More on that when its closer to reality)

American Lauren Mann, 25, was discovered half naked in her apartment, lying face down on a mattress. Firefighters went to her apartment after her employers became alarmed when she did not show up for work.

A later autopsy revealed that she had died from suffocation, and police found that she had been giving shelter to a 24-year-old Gambian illegal immigrant whose asylum application had been rejected by Austria, and who was due to be deported. He was named by prosecutors in Austria only as Abdou I., because of local privacy laws.

After her death, the man vanished but he was then caught in Bern in Switzerland in an asylum centre by police who had tracked his mobile phone.

However, hopes that it would be a speedy end to the case for the young woman’s family have been scotched by the fact that the man is refusing to be sent back to Austria, and lawyers are helping him fight the demand.

(Darwin seems to be especially harsh, and rapidly so, to white leftists stupid enough to act on their own propaganda)

(When triage is done by identity politics, you will run out of taxpayers quite quickly)

The reason is that many asylum seekers need expensive translators to help communicate with doctors, and officials do not want to pay for the translators to sit around waiting.

The problem was highlighted last week when large numbers of people turned up at hospitals because of a flu epidemic, and had to wait to see doctors whilst asylum seekers were given priority treatment.

As part of the asylum process, refugees get a health check. With 90,000 asylum seekers registered last year, this has put a huge strain on health resources.

Austrian officials have confirmed that they have been ordered not to make asylum seekers wait and to give them fast track treatment.

“Priority is being given to asylum seekers because of the issue with translators,” said Ralph Luger, from the KAV (Krankenanstaltenverbundes) health board in Vienna which runs more than a dozen hospitals in the capital.

Martin Gantner from the charity Caritas said that it meant asylum seekers were given priority in the same way that prisoners or people with disabilities are also be prioritised.

(What an awkward position Western governments have put nice people in, that many will feel forced to support fascist, far left national-socialst parties as the only option against total cultural destruction. The strong man solution is coming earlier to Greece perhaps than more northern European nations)

Thank you M., Wrath of Khan, Maria J., Gates of Vienna, Oz-Rita, RJ., Shabnam, ACT For Canada, Yucki, and many more. Its going to be a busy day as we look at why the French General turned 180 degrees after a night in jail and in hospital. Anyone else remember why Ross Perot dropped out of the US presidential race?)