1. Obama speaks at US mosque with questionable links

(This seems like the right time to restate that in a trip to India in his first term, he refused to visit the most prestigious Sikh temple in the world with the contemptuous quip against his own constituents, “They already think I’m a muslim so it seems unwise to visit this temple as most Americans won’t know the difference”. The next day he and his wife went inside a major mosque in Indonesia after taking off their shoes. Somehow that wasn’t a problem)

2. Generation Identitaire event video that caused them to be fined 2000 Euros collectively Since May, more than 40 suspected jihadists have been caught entering Europe while posing as Syrian war refugees, according to a firm with expertise on international terrorism. Worried observers anticipate more infiltration attempts, especially when warmer spring weather brings an expected increase in migration.

The U.S.-based Terrorism Research & Analysis Consortium (TRAC) reported this week that 41 Islamic State-linked militants and two from rival Jabhat al-Nusra, al-Qaida’s affiliate in Syria, were apprehended while posing as refugees. Some of them used false passports, TRAC said in a security update for commercial clients that it shared with VOA.

Nineteen of the 43 jihadists were caught in Turkey but the rest made it into the European Union before being identified, reported TRAC, a consultancy of academics and analysts.

[…] The old man reading the letter (with no small degree of schadenfreude) was not a tenant, but worked for the previous manager of the property, a home for the homeless in the Moabit district of Berlin that he had helped run for the past 20 years – until the end of last month. Some of its inhabitants have been there for many years, and some of them are sick with alcohol addiction, which is why the fact that they each have their own room is seen as important. “Of course you grow close to them, over the years,” the man said, still reading the councilman’s letter.

But now, the owner has terminated the contract with the property manager, and rented the property out to a new firm, which, the old man alleges, was willing to pay double the rent and turn it into a refugee home – which would mean the homeless people would have to leave. According to the Green party councilman’s letter, that plan is now on hold. “It’s all just greed,” the old man muttered, before saying he didn’t want to be named and then pocketing the letter so he could make his own copy. […]

5. The State of things in Amarillo Texas today due to influx of muslim immigrants

6. Wouldn’t it be great if the government paid for you to take taxis everywhere? Like even if it was a hundred yards down the road and back?

7. Well known ‘pick-up artist’ suggests that rape should not be a crime on private property. Recently made video while in hiding at a mosque. 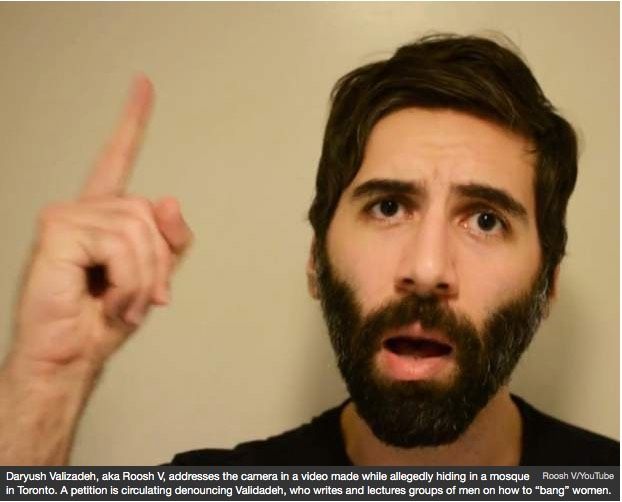 9. Rebel media weighs in on the absurd Finnish state media anti-rape propaganda that is supposed to make Finnish girls forget they, like the rest of the Western world, have no right of self defense but should feel secure after watching this “awful advice”

Here is the whole PSA on Finnish TV.

Finnish women, if you go with this, you certainly are ‘finnished’

Thank you Maria J., M., Wrath of Khan, Buck and many more. More to come tonight. May have to invest in more little coffee capsules for the coffee printer.

About the CVE. There will be a significant document published shortly on the CVE demonstrating its central role in the war on reason. But I would like to cite an interesting example brought to my attention by Tim Burton, one of the people who appear on Blog Talk Radio frequently along with Kel Fritzi and occasionally myself on Radio counter-Jihad Network I believe it is called.

Tim was asking about a 2007 documentary called, ‘My Dangerous Loverboy’ which is about Asian sex-slavery and forced prostitution gangs and other horrors against British White, non-muslim girls in the UK. Apparently this film was scrubbed from existence and remade in 2010 with a non-‘Asian’ (muslim), in fact a white man playing the role of the Asian muslim villain.

This got me to thinking of films like American History X. Or a thousand films about Nazis or Klansmen. Why is there no demand to remake them with Chinese people as Hitler or blacks? Why not remake American History X with a bearded imam as the white racist?