1. Man is fighting for his life and four others in hospital after late night mass brawl with knives and an axe in city centre

A man is fighting for his life following a terrifying mass street brawl that involved 10 people fighting with weapons including an axe and a hammer.

Violence erupted on the streets of Manchester late on Friday evening, resulting in five men being taken to hospital where three of them are being treated for stab wounds, according to police.

Police found a number of weapons at the scene in Walmersley Road, including an axe, a knife and a hammer.

2. ISIS threaten an attack on Britain so horrific it will ‘turn children’s hair white’ as latest video shows white jihadi warning of further outrages in Europe and shooting captives

ISIS have threatened an attack on Britain so horrific it will ‘turn children’s hair white’ as latest video warns of further outrages across the continent.

The terror group has warned the UK will suffer ‘the lion’s share’ of the slaughter it intends to wield in Europe, according to its Arabic language newspaper, al-Naba.

However, in a video released on Saturday, the millitants suggest it is Spain which will come under the strongest attack as the West is forced to ‘pay dearly’ for having crushed Muslim rule in Andalusia – more than 500 years ago.

Anger: The white ISIS fighter, concealing his true identity behind a balaclava, warns the terror group are still angry about the overthrow of Muslim rule in southern Spain more than 500 years ago

Baghdad: The Islamic State group has released a video purporting to show a French-speaking jihadist threatening attacks against the West and executing so-called apostates and spies in Iraq.

The footage, posted on jihadist websites on Saturday, is said to have been produced by the IS media office in Iraq’s Nineveh province, and shows young men testifying to have acted against the jihadists before being shot dead execution style.

Footage filmed on a GoPro, Saturday, captures moment police officers descended on Victoria Square, Athens, in an anti-migrant operation.
A number of arrests were made, as police officers moved in on the area reportedly hitting people with batons as they did.

5. Britain’s wounded heroes have suffered for MONTHS with no clean drinking water or heating at MoD rehab centre

Britain’s wounded war heroes have been left without heating or clean drinking water at the country’s premier rehabilitation centre for two months.

Veterans at the Defence Medical Rehabilitation Centre have been warned not to use the facility’s water supply to brush their teeth after it was contaminated by a potentially deadly bacteria in September.

They have also been told not to let the water get in to any cuts or open wounds, and if showering at the facility they must cover any injuries up with waterproof dressings. 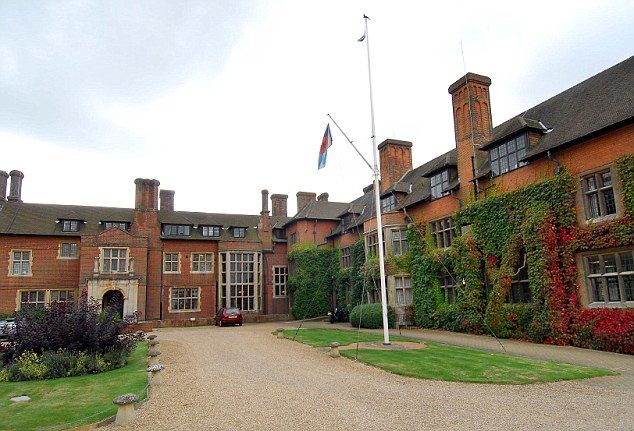 Meanwhile staff at the centre, which is homed inside Headley Court, near Epsom, Surrey, have been made to warm themselves with transportable heaters after the central heating system failed in November.

Both issues have yet to be fixed, despite the fact that the Ministry of Defence notified its contractor CarillionAmey of the problems at the time.

An insider told The Sun: ‘Since well before Christmas there has been something in the water that wasn’t told to the guys.

‘Coupled with that, we’ve had no heating. There are portable heaters all around and people are working at their desks in coats.’

(Meanwhile, Taliban etc. members and supporters are living large on the public nut. The UK needs a counter-revolution to restore reason and law)

7. Obama to make first presidential visit to US mosque – he picks THIS one?

(The beards are coming off. Leftist groups increasingly carry red or communist flags. Pro-uncontrolled immigration groups also show their real motives as wishing to deconstruct classical civilization rather than compassion for 3rd worlders. Muslim groups increasingly don’t attempt to claim its all about peace and now, this)

The president has attended several mosques overseas, but Wednesday’s visit to the Islamic Society of Baltimore will mark the first in American. Its purpose is to “celebrate the contributions Muslim Americans make to our nation and reaffirm the importance of religious freedom to our way of life,” the White House announced Saturday.

The Baltimore mosque is a member of the Islamic Society of North America, which, along with the Council of American-Islamic Relations, was an un-indicted co-conspirator in the 2008 Holy Land Foundation terror financing trial. Both the ISNA and CAIR purport to be Islamic civil rights organizations. Several ISNA executives were convicted of contributing money to finance the terrorist group Hamas, according to the Daily Caller.

(Obama himself shut down the Holy Land Foundation Trials and had the evidence taken from the subbasement sealed. Cruz wants to unseal them and start the trials again. But in Obama’s defense, it is true that islam has made a huge contribution to American and indeed Western life. Anyone who has been a passenger in an aircraft since 911 can attest to that. Personally I think we could do without those kind of contributions for a while but I seem to be in the minority)

9. Muslims in UK top 3 million for first time… with over 50% born outside Britain: Number in country doubles in a decade as immigration and birth rates soar

England is home to more than three million Muslims for the first time ever, new figures show.

The number in the country has doubled in just over a decade as a result of soaring immigration and high birth rates.

In some parts of London, close to half the population are now Muslims, according to detailed analysis by the Office for National Statistics obtained by The Mail on Sunday. On current trends they will be the majority in those areas within a decade. 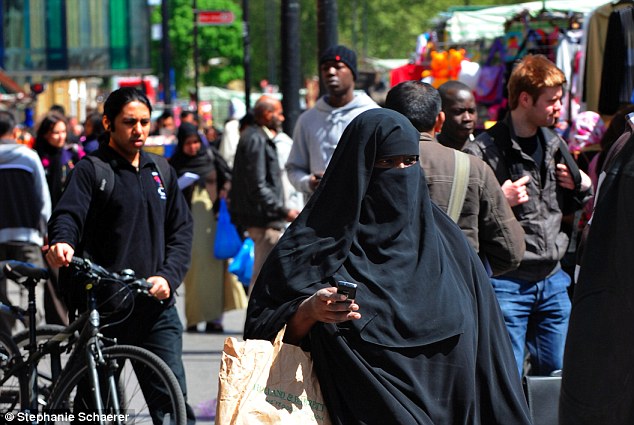 Eight areas around the country where Muslims make up a significant number of local residents have been highlighted. In the borough of Tower Hamlets (pictured) the proportion stood at 45.6 per cent in 2014

Half of those following Islam in England and Wales were born abroad while more are under ten years old than in any other age group, indicating their numbers will grow still further in generations to come.

The three million milestone – representing one in 20 people across the country – will reignite debate about the changing face of Britain amid growing calls for all Muslims to integrate into society.

(In England, life is like a box of chocolates. Except there are powerful homemade explosives in every second one)

10. EU leaders insist there is ‘NO LINK’ between the migrant crisis and New Year sex attacks in Cologne – and vow to bring about an end to ‘false accusations’

(Yes the EU seems like an authority all Europeans should trust. Just look at their democratic track record)

There is ‘no link’ between the migrant crisis and the wave of sex attacks in Cologne during New Year celebrations, EU officials believe.

The European Commission wants to remove ‘false associations’ between the increasing number of some criminal acts and the arrival of migrants, documents show.

Internal minutes taken at a cabinet meeting on January 13 suggest officials are also growing concerned about the possibility of a public backlash in relation to the attacks.

Thank you M., Gates of Vienna, Richard, ACT for Canada, Nash Montana, Wrath of Khan, and many others.

This is a darker day than even the new normal.

It seems also that the sign by a feminist requesting more rapists than racists was a fake. It also seems that most of these fakes tend to originate from one source. I won’t name it, but it is a crying sham(e). However if you google search the image, it appears that the first instance of it is from Walid Shoebat’s site. Make of that what you will.

Lastly, here is one example of the logical extreme of societal ‘forced pretending’ we all have to do. If this spoiled psycho was in the US she would get an invite to the White House and called ‘brave’ no doubt. It seems the only thing you are not allowed to be, is a Republican.

I recall an article from many years ago where a 70s feminist actually looked around her at the horrible world that era of feminists made for women and asked “How could men let us do this?”. (Cant find the article Im afraid. Take my word for it or not) As much as this article contains some obvious truths about contemporary lack-of-masculinity in Western culture lets remember why.

Women’s groups insisted on it. No nookie if you don’t initially at least pretend this stuff is true and later believe it. A sort of Lysistrata strategy. And cultural Marxist groups who use every possible demographic divide as a vector to smashing our civilization. So blaming men for not being manly is blaming the horses for setting the barn on fire and about as timely.

Second Lastly, here is a rant from a muslim German woman, perhaps more culturally muslim than religious as we see from lack of Muslim Brotherhood uniform, but muslim all the same. I post it not for content so much, or it would be above the thank-you’s with the news items, but because she uses a version of the clay-pot fallacy which is so warped, yet common in islam that it bears observation.

In this one, she uses the Nazis as both an insult and a compliment. On the one hand, she calls Merkel and the German people Nazis while summoning all the contempt and hatred she can manage, then praises Hitler and the Nazis for exterminating Jews but leaving some alive so “people will know why they exterminated Jews”.

The logic is mesmerizing in its fallaciousness. But its not rare among muslims and for that matter, the far left. Added fuel to the notion that what we are witnessing is no less than a war on reason itself.

And finally, there are some worthy comments under the article about the nuclear weapons in Europe. Some really good thinking and analysis. Highly recommended that all who read that article and watch that video read the comments.

3 Replies to “Muslims killing people and waging jihad in ‘Allah’s name and leftists denying its islamic: Links 1 on Jan. 31 – 2016”