(Related: Homicide bomber in Istanbul was also registered as a ‘refugee’ a week prior to his attack)

As the Obama administration welcomes throngs of “displaced” nationals from terrorist countries, an Iraqi refugee granted residency after coming to the U.S. as a teenager has been charged with supporting the jihadist group Islamic State of Iraq and the Levant (ISIL).

The once-displaced refugee, Omar Faraj Saeed Al Hardan, is 24 years old now and lives in Houston, Texas. He tried to supply material support to ISIL and lied about his ties to the terrorist organization and his weapons training when applying to become a U.S. citizen, according to a federal indictment issued this month. In 2011, when Al Hardan was 17, the U.S. graciously took in his family much the same way the Obama administration is welcoming droves of Syrians and nationals of Yemen, an Al Qaeda hotbed. Besides having close ties to terrorist organizations Al Hardan has received automatic machine gun training, according to the feds.

(NOW he tells us)

Chancellor Angela Merkel overstepped her constitutional powers by letting over a million refugees into the country, one of Germany’s most senior former judges has said.

“Going it alone was an act of self-empowerment,” Michael Bertrams, who was president of North Rhine-Westphalia’s constitutional court from 1994 to 2013, wrote in the Kölnischer Stadt Anzeiger on Wednesday.

Merkel’s policy of opening Germany’s doors to refugees was “full of empathy but lacking in a plan,” the ex-judge said.

All substantial decisions in a democracy lie in the hands of the people’s chosen representatives, he argues, pointing out that the constitutional court had decided that the parliament has the last word on decisions over whether the German army is sent to war.

Karin Siebrecht-Janisch, who runs Charly’s Bar in the picturesque spa town of Bad Ischl in Upper Austria, said she took the decision after male migrants had repeatedly harassed her female clientele in recent months.

Things escalated on New Year’s Eve when “several asylum seekers” groped a waitress, according to Siebrecht-Janisch.

“After that I had enough and I decided to ban them all until we find the culprits. I need to protect my guests and my family,” she told AFP.

Siebrecht-Janisch said she had also hired bouncers and introduced a €2 door charge, which she expected “migrants aren’t able to pay”.

(How long till she is arrested I wonder? Which today on ‘racism’ charges is the same as a conviction)

6. Iran makes propaganda with captured US navy men. (The script sounds a little like something Obama might have written)

7. Obama shows that either he is on the side of the Islamic State, or he is stunningly stupid 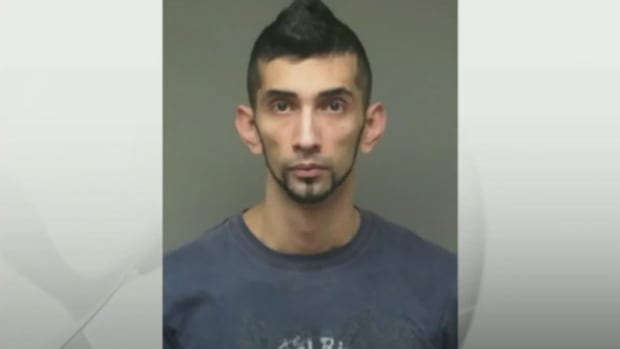 The trial of a man accused of assaulting 10 minors began yesterday at a courthouse in Montreal.

According to police testimony, Chalhoub allegedly attracted victims to his home by promising them jobs and cash.

Police allege Chalhoub then engaged in blackmail to extort money and force the teenagers to film sex tapes.

He is also alleged to have threatened to upload the sex tapes to the internet to extort more money.

A detective working on the case told the court the investigation began after a father called 911 to report his daughter’s disappearance.

And much much more from not CBC

Trial: Chalhoub claimed he was a murderer and in the Mafia to extort sex from teenagers

A Montreal man charged with sexually assaulting several teenagers after convincing them they were contractually obligated to have sex with him, claimed he was in the Mafia and a murderer in order to intimidate his victims, a court heard Wednesday.

Walid Mustapha Chalhoub, 33, a resident of the Ahuntsic-Cartierville borough, is charged with sexual assault on eight minors and an 18-year-old woman he had previously dated. He faces 48 charges in all in a trial at the Montreal courthouse. That includes ten counts of sexual assault, two counts of armed sexual assault and 11 counts of extortion.

Quebec Court Judge Serge Boisvert heard testimony from two young women who were close friends when they decided to go to Chalhoub’s apartment in the borough because a schoolmate had told one of them Chalhoub had a way for them to make easy money. The women were 16 and 17 when they went to Chalhoub’s home in August 2013. Both gave the Montreal police videotaped statements, last February, in which they said Chalhoub was vague about the contracts he offered them. The statements were played for Boisvert before each witness testified.

The young women said they were given alcohol and offered marijuana when they arrived and found a small party in progress in Chalhoub’s apartment. As the night progressed people gradually left and Chalhoub talked of being a chauffeur for escorts, claimed he was part of the Mafia and boasted that he had killed people.

10. RAF bomb squad races to M11 as man dies in fireball with police ‘not ruling anything out’

BOMB squad experts raced to a section of British motorway this afternoon to investigate the death of a man who was killed when his car blew up in a huge fireball. 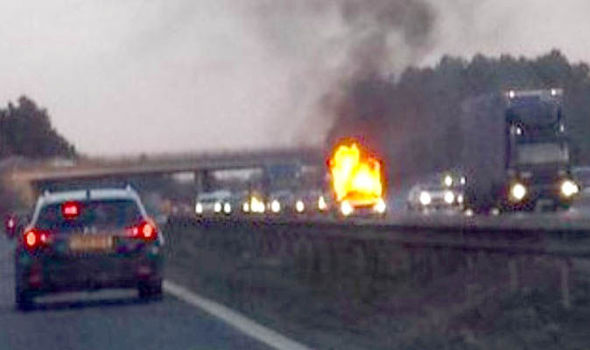 Explosives officers from the RAF were called to the horrific incident on the M11 just outside Cambridge after the man’s car suddenly exploded into flames without coming into contact with any other vehicles.

It is believed that one man was killed in the huge blast, which took place near junction 12 of the southbound carriageway at around 8.10am today.

The dramatic incident was still shrouded in mystery this afternoon, with police saying they are “not ruling anything out” with regards to the cause of the blast after witnesses said something within the vehicle had “obviously exploded”.

Officers said there is no indication that a collision took place or that any other vehicles were involved.

Thank you Richard, M., Maria J., Wrath of Khan, Gates of Vienna, and all. More on way.

A fitting tribute to Saudi Arabia

2 Replies to “Are islamic sex slave of minors gangs in Montreal? Exploding cars in England and more: Links 2 on Jan 13 – 2016”