The Islamic State has hijacked a Sydney church website and replaced its homepage with a graphic video and threatening message.

The video relayed footage of gruesome deaths of Islamic State victims who have been beheaded, shot and even burned alive in the Middle East.

‘Hacked by Islamic State,’ text on the black homepage read on the Our Lady of Mercy Syriac Catholic Church website, based in Concord in Sydney’s west. 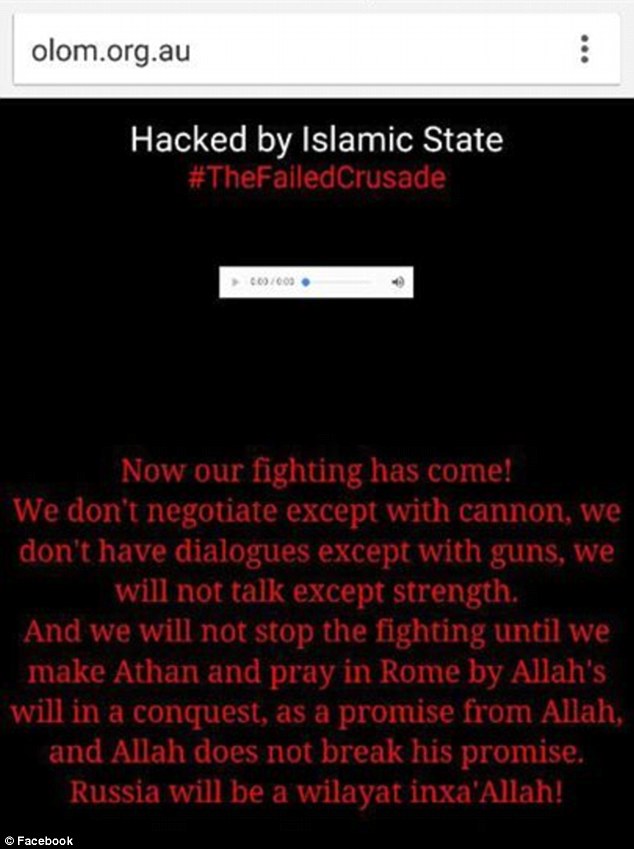 (It appears that at borders, Authorities are only permitted to be defensive and only to a degree while clearly there are no ROE for the muslim invaders)

3. This is a really good example of really bad thought processes. Listen to how these people employ classical and  fabricate new logical falacies to avoid saying what is obviously the clear cut and dried facts of the San Bernardino jihad attack.

(“No one saw them use a pipe bomb before”. That has to be a new kind of fallacy. Lets call it, the ‘no one ever dies falacy’ since no one saw man x die before, so he couldn’t have died last night’)

5. David Cameron takes a swipe at EU Schengen zone as he stresses Britain ‘will always maintain our own borders’ and urges nations to follow Bulgaria’s example as he visits its razor-wire fences

(I believe that right after he said this, he had to rush out to meet a man about selling a bridge to him)

David Cameron said that European Union countries facing a growing influx of migrants should learn lessons from Bulgarian efforts to beef up external frontier controls, as he visited the border with Turkey today.

The Prime Minister was shown a section of a new razor-wire security fence erected to deter would-be illegal crossings – many by refugees from the civil war in Syria and other conflicts.

After chatting with border patrol officials, he urged others to learn from the Bulgarian approach.

‘We are not in the border-free Schengen zone. 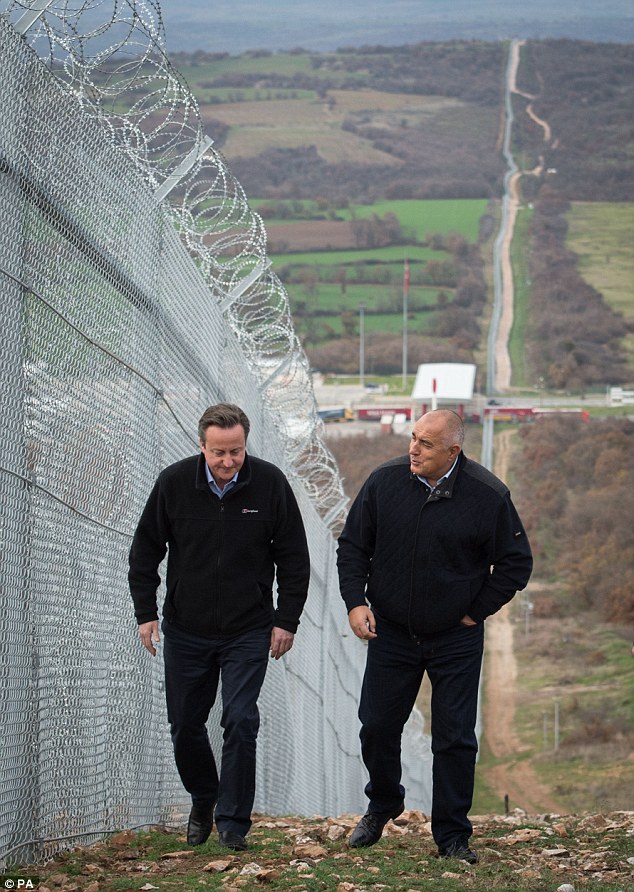 6. Even CNN is stunned at the indifference with which the US security apparatus is handling the evidence from the homes of the San Bernardino jihadis. I guess if they actually have evidence and actually do an investigation, it may interfere with their ability to be baffled at the motives.

Hey whats that book on the bed? I wonder if its a clue…

(Should be no problem. They are on a shelf right under his school records)

Leading senators on Thursday evening demanded in a letter that the Obama administration release the immigration records of the two suspected shooters who killed at least 14 people in San Bernardino, California, this week.

Sens. Ted Cruz (R., Texas) and Jeff Sessions (R., Ala.) claimed the Obama administration has failed to comply with a request for immigration records of 72 recent terrorists found to be in the United States.

The attacks this week, they said, highlight the need for greater oversight on those entering the country.

Devout Muslim Syed Rizwan Farook and his wife, Tashfeen Malik, who was born in Pakistan, are suspected of killing at least 14 people in an attack that some believe was motivated by the duo’s potential ties to terrorists.

Cruz and Sessions are demanding to see their immigration records in order to shine more light on the case.

“We demand that you immediately provide the same detailed information requested in that letter for Farook and Malik, which would include the immigration history of their parents and any immigration documents related to their marriage and her subsequent travel to the U.S,” the senators wrote.

A new Japanese Foreign Ministry unit will start collecting information on militant groups such as Islamic State group (ISIS) in the countries they are based, the government said on Friday, prompted into action by last month’s attacks on Paris.

The unit, to work alongside other intelligence-gathering operations run by the foreign and defence ministries and the police, will be set up on Tuesday with a staff of about 20 with a similar number working overseas in Japanese embassies.

(I look forward to hearing about how this unit is ‘baffred by de motive’ for future attacks. They can issue joint press releases with the US security apparatus about how its impossible to know what inspired the attacks) Photo says it all really

The German government on Friday rejected the findings of a damning report on Saudi Arabia by its own spy agency and called Riyadh a key partner in regional conflict resolution.

The highly unusual spat between the chancellery and foreign ministry on one side and the BND foreign intelligence service on the other hand erupted when the latter on Wednesday released a report accusing Saudi Arabia of a destabilising shift in foreign policy.

“The until now cautious diplomatic stance of the older members of the leadership of the royal family is being replaced with an impulsive policy of intervention,” it said.

In particular, the BND focused on the role of Deputy Crown Prince Mohammed bin Salman who holds the defence portfolio and other powerful posts.

10. Geert Wilders: “An Islamic State Like Turkey Does Not Belong To Europe”

Thank you Buck, M., Richard, Dagawker, WTD., Geert Wilders, Gates of Vienna, and many more who take the time and trouble to be informed, and help inform others through this site and others. The value of this work at this stage should be something at this stage we can take comfort in knowing is indeed worth the effort.

I had a brief chat with a Russian friend this morning who tells me that according to Russian sources, pretty much all Turkish tucks delivering goods to Russia are being turned around and sent back to Turkey and in other ways the hostility is being increased against the Turks. Containing admiration for Putin grows more difficult by the day.

4 Replies to “Geert has harsh words for Turkey, US security releases apt. of jihadis with little to no investigation and more: Links 2 on Dec. 4 – 2015”