1. I think this is Islamic State video of them missing a tank with a tow missile and yelling allah hu backbar as if it was a victory, yet you can see everyone is unhurt at the other end and the tank seems fine.

2. Our World: Showdown at the OK Corral

Whatever he says before the cameras next week when he meets with Netanyahu, Obama has no intention of letting bygones be bygones. (Now that Israel has almost certainly lost Canada as a staunch ally, the US probably has more confidence than ever in its desire to fundamentally transform the world into an Islamic one)

Prime Minister Benjamin Netanyahu’s meeting with US President Barack Obama next week is likely to look less like a rapprochement than a showdown at the OK Corral.

The flurry of spy stories spinning around in recent weeks makes clear that US-Israel relations remain in crisis.

Two weeks ago, The Wall Street Journal published a fairly detailed account of the US’s massive spying operations against Israel between 2010 and 2012.

3. ‘Tonnes of inedible chicken seized from filthy illegal meat factory where bins of animal guts leaked effluent on to the floor and dirty knives were left lying around’

Knives used to cut chicken were left on the floor and large bins containing animal by-product were leaking at the site in Bradford, where two tonnes of chicken was found unfit for human consumption, a court has been told.

The photos were revealed at the trial of Majid Zaman, from Halifax, who is accused of running an illegal meat processing plant. 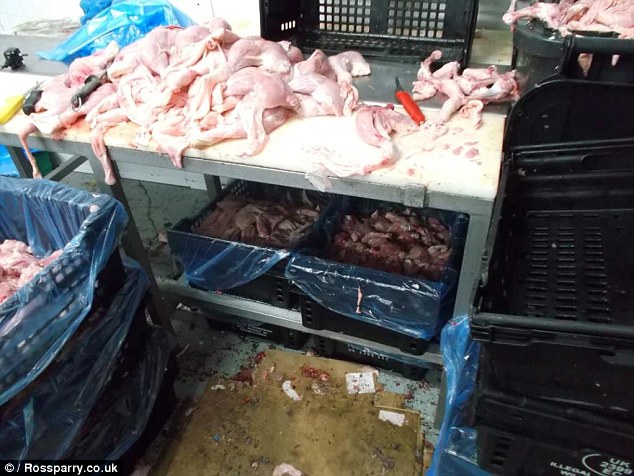 4. Ezra Levant on Trudeau’s proposed 25,000 Syrian refugees and the logistics of that.

Reaction Engines’ single-stage-to-orbit Skylon spacecraft took a step closer to reality today as BAE Systems announced that it would buy a 20 percent stake in the company as part of an agreement to help develop Reaction’s Synergetic Air-Breathing Rocket Engine (SABRE) hypersonic engine designed to propel the Skylon orbiter. […] The SABRE is a scramjet. That is, it reduces the propellant load because it acts as a jet while in the atmosphere and a rocket in space, so it doesn’t have to carry as much oxygen to burn the liquid hydrogen fuel. It does so at velocities above Mach 5 (4,500 mph, 7,200 km/h) before flying into space, when it switches to rocket mode to achieve the even faster speeds needed to reach orbit.

7. 80 percent of minorities in Turkey cannot express themselves openly: Survey

(Another link on a problematic issue in Turkey here)
8. PEGIDA speech compares Merkel’s propaganda minister to Goebbeles. Govt. responds with insisting that the german people must obey orders at all times, speak about the government in respectful terms or face legal action. The threat of legal action was made without even a hint of irony.

Thank you M., Buck, Wrath of Khan, ML., Gates of Vienna and many many more. And much more to come today, some of which is time consuming, so it may not be right away.

5 Replies to “The inevitable consequence of suicidal policies is slow death. MSM fails to report it, but social media does not: Links 1 on Nov. 3 – 2015”