The 14-year-old Palestinian girl with cerebral palsy who hit the headlines after Angela Merkel explained Germany’s tough asylum policy toward refugees in camps, reducing her to tears, said she hopes that Israel disappears and there will be only Palestine.

“My hope is that at some time, [Israel] is no longer there, but only Palestine,” Reem Sahwil told German Die Welt am Sonntag newspaper. “This country should no longer be called Israel, but Palestine.”

When asked if Germany is her home, Sahwil answered “No,” adding that her home is Palestine. “I will live there [Palestine] at some point,” she said.

2. Islamist extremists are extorting ‘infidel tax’ from fellow prisoners in some of Britain’s toughest jails

(And some people are more prisoners than others)

Non-Muslim inmates in several of Britain’s category A prisons are being forced to pay a ‘protection tax’ to radical Muslim prisoners out of fear of facing violence.

The ‘tax’, known as ‘jizya’, was found to be enforced by some Islamist extremist prisoners in four of Britain’s largest prisons.

The shocking findings were uncovered by a team of government investigators, appointed by justice secretary Michael Gove last August to establish the threat posed by Islamic extremists in prisons. 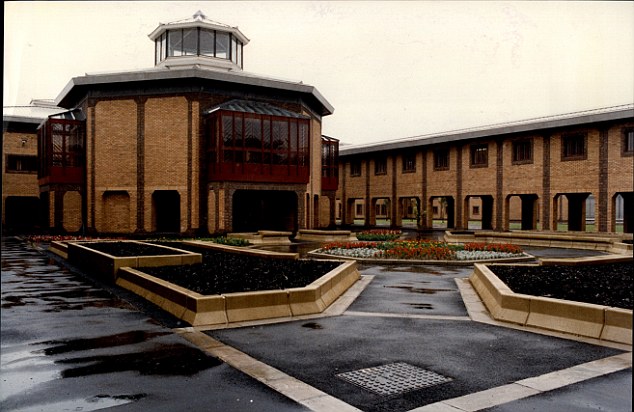 The ‘tax’, known as ‘jizya’, was found to be enforced by some Islamist extremist prisoners in four of Britain’s largest prisons, including Belmarsh prison (pictured)

The investigation suggests that religious extremists in prison are using bullying tactics and violent threats to force prisoners to convert or pay money.

Tobacco and other luxury commodities smuggled inside prisons are often used by non-Muslims to pay the tax, while some victims said they had to ask friends and family for money.

3. NYPD officer ‘converted’ to Islam in order to go undercover and spy on Brooklyn College students which led to the arrest of two women accused of ‘building a bomb and planning to wage jihad in New York’

An NYPD officer pretended to be a Brooklyn College student at the Islamic Society in New York City, and taking the Muslim oath of faith, before befriending Muslim students to infiltrate the community.

The woman, who went by the name of Mel, short for Melike, spent four years earning the trust of Islamic students at the college as part of an NYPD operation to spy on Muslims, according to NY’s daily weblog Gothamist.

The controversial mission was part of the police departments well-documented plan that sees the blanket surveillance of innocent Muslims. 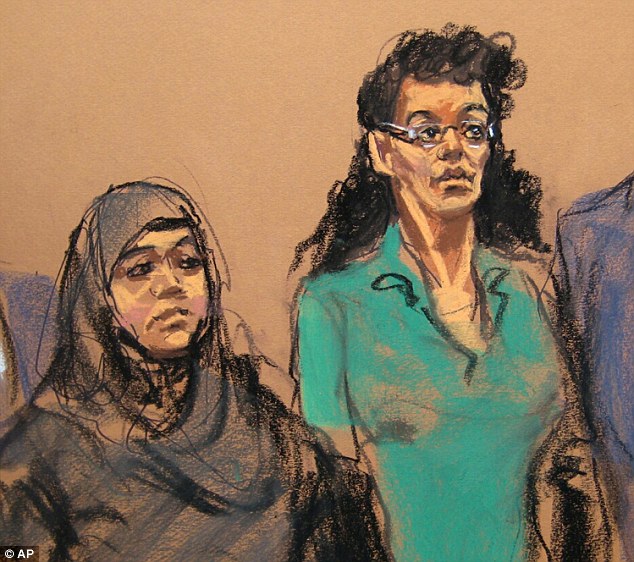 Charged: Noelle Velentzas, left and Asia Siddiqui were arrested in April for plotting to build a homemade bomb and wage jihad in New York City. They pleaded not guilty. Their arrests were as a direct result of the undercover surveillance of Brooklyn College Muslims

4. Daily Mail article on Swedish FM’s statement that the UMI crisis (not his term for it but clearly its his personal analysis) will collapse the Swedish state
5. At last! An HONEST explanation for why no muslim bakeries are criticized or attacked for not making wedding cakes for homosexuals. It isn’t a satisfying answer and means of course that we are already no longer a nation of laws where all are equal, but at least its slightly more out in the open.
6. No one but no one does banners against Islam at soccer games like the Polish do.
Thank you Buck, Diana W., Richard, Krishna B., M., and many more. In fact the next post should be fairly soon with contributions by may more and today should see a number of European videos and articles as well showing the advanced state of decay in may Western nations.
A few afterthoughts. Russia has grounded its fleet of A321 passenger jets. This is why I didn’t join the chorus about terrorism. While I think the IS would love to have done it and will when they can, they didn’t do this one. There were too many reliable, consistent with reality, reports about how the aircraft and radio’d in looking for a diversion due to engine failure and how it had a history of problems which should have grounded that particular aircraft.
Diana West takes a more thorough look at the chants in Europe by militant extreme fanatical left wing extremists (did I miss any adjectives usually used to refer to rational observes of reality?)

3 Replies to “What is the dividing line between isolated incidents and policy? Links 1 on Nov. 1 – 2015”