1. In Quebec, some people protest the face cloth allowance at voting stations in true Quebecois fashion. 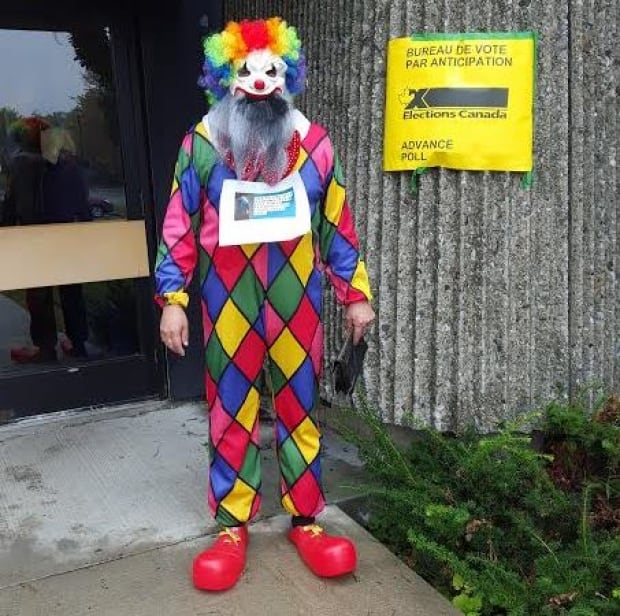 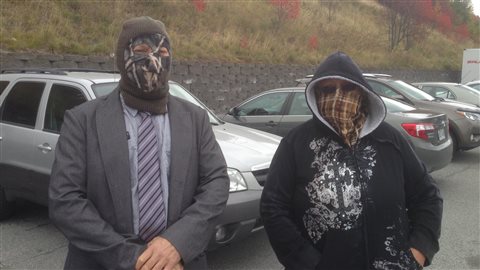 2. Ben Carson is our ambassador to the obvious. And today, finding one of those is a miracle. Video at link.

3. Contrast the video at the link above of Ben Carson dealing with facts and self evident truths, with this spin doctoring at a level that would defy any combination of the world’s most powerful antipsychotics by Obama.

(He actually claims that Putin is running his economy into the ground and isn’t really having an effect in Syria. You have to be eating bricks of LSD to buy that wholesale)

4. BBC article on US school shootings, a lesson in cultural-Marxist journalism. They name the white shooter instantly of course, who has a non-muslim name. The rest of the ‘reporting’ is also surreal and pushing an agenda.

(They also fully misrepresent the reason that the families of victims did not want Obama in that town in order to make them look like gun kooks. Yes, the grieving families.)

5. The fishy fishy story of a religious muslim woman who took her 5 kids to the IS then ‘escaped’ the IS and claims she just went to fetch her husband, the jihadi, and bring him back to the UK

6. UN not content with the rate that Europe is destroying itself, wants to see more islam and 3rd worlders living large on the indigenous people’s labour.

7. Some rational advice on how to handle the current wave of antisemitism and violence from muslims in Israel now.

(Taking a page from Obama, she seems to believe if she can invert reality exactly 180 degrees it will still fit in the package)

German Chancellor Angela Merkel insisted that refusing to take in Muslim migrants is a “danger for Europe.” Merkel as usual had it backward. It’s her program of taking in Muslim migrants that represents the gravest threat to the freedom and future of Europe since the fall of the Soviet Union.

Merkel may have already doomed Germany. The Bild newspaper published a leaked secret government document estimating that the number of migrants invading Europe this year might reach 1.5 million.

And that bad news gets much worse because the document estimates that each migrant will bring in as many as eight family members once they’re settled in, bringing the year’s true total to 7.36 million.

That’s almost 10 percent of the population of Germany. In just one invasion.

Merkel invokes the Berlin War to claim that fences don’t work. But the Berlin Wall kept people from leaving. The fences that Hungary has built are constructed in self-defense, not to keep Hungarians in, but to keep invading Muslims out. It’s Merkel whose EU totalitarianism represents a new Berlin Wall that mandates open borders for Muslim migrants while preventing countries from leaving the EU.

(From a game theory point of view, this would be ‘chicken’. A game the Chinese are notoriously good at. Just compare for example, General Tso with Colonel Sanders)

Hundreds of Philippine and US personnel participate in a joint naval training exercise near disputed waters in the South China Sea. Photo: EPA

Beijing yesterday expressed concerns that the US Navy was reportedly preparing to send ships “within days” inside the 12 nautical-mile territorial zones China has claimed around its artificial islands in the disputed South China Sea.

Thank you ML., M., Yucki, Richard, Buck and all. The imam demanding suffering be inflicted on the Jews has been sent out to translation to see if there is any actual content there. I hope to know by tomorrow.

This just came in so Im posting it as a PS:

WASHINGTON — FBI counterterrorism agents followed dozens of potential terrorists around the United States full time over the summer and disrupted activities pursued by many of them, FBI Director James Comey told a congressional committee Thursday.

Nick Rasmussen, director of the National Counterterrorism Center, speaking to the panel, estimated that about 250 Americans had traveled to fight or train in parts of Iraq and Syria where Islamic State terrorists have declared a caliphate. But he noted this was relatively small given the total of about 5,000 Westerners who the American and allied governments believe have joined the fight in the last three years

One Reply to “Canadian courts bring out the clown vote, Geopolitics and game theory, a multi polar world means a really dangerous one: Links 4 on Oct. 9 – 2015”