Lowell Green, Ottawa AM radio talk show host, did his show this morning on the newest initiative by Prime Minister Harper on banning the face cloth for the civil service. I only caught the tail end but I was told the whole show was very good.

It can be heard in archives here.

1. Could the White House Spokesman tipped Obama’s thinking more than he intended with this Red Queen quality press release on Russian expeditions? 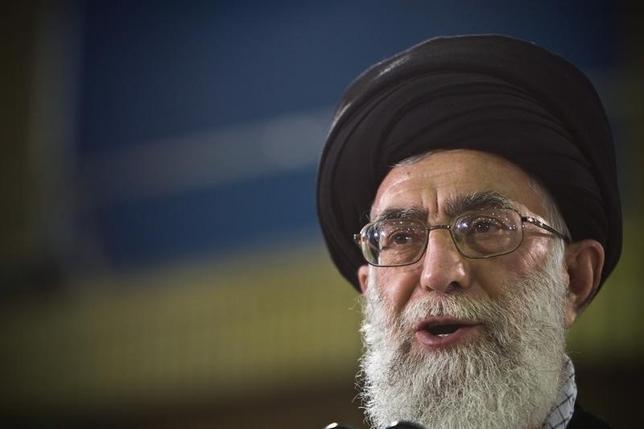 Iran’s Supreme Leader Ayatollah Ali Khamenei on Wednesday banned any further negotiations between Iran and the United States, putting the brakes on moderates hoping to end Iran’s isolation after reaching a nuclear deal with world powers in July.

Khamenei, the highest authority in the Islamic Republic, already said last month there would be no more talks with the United States after the nuclear deal, but has not previously declared an outright ban.

His statements directly contradict those of moderate Iranian President Hassan Rouhani, who says his government is ready to hold talks with the United States on how to resolve the conflict in Syria, where the two countries back opposing sides.

“Police said the attackers are yet to be identified but suspect they could be members of a fundamentalist group.” No kidding, really?

Not a Christian fundamentalist group, either.

More “dialogue” needed, eh, U.S. Catholic bishops? How many jihadis have you turned from their ways by that “dialogue,” Bishop McManus? A bit of “dialogue” will erase that exhortation to beheading right out of the Qur’an, now, won’t it, Bishop Farrell? If we can just sit down and talk with the Islamic jihadis, they’ll shower us in flowers, right, Bishop Soto? The only people you all have to be concerned about are those who don’t fall in line and confess that Islam is the Religion of Peace, eh?

4. France: Hollande warns of “total war” if Syrian crisis is not ended

5. left leaning journalist does video on migrants going to Germany. Busts it as not quite how its sold

(How and why would a little Arab kid who has never been to Europe learn a Nazi salute?)

6. Nigel Farage has a few things to say about the EU today, which, he says, is not about peace but about power.

Russian fighter jets shadowed U.S. predator drones on at least three separate occasions high above Syria since the start of Russia’s air campaign last week, according to two U.S. officials briefed on this latest intelligence from the region.

Meanwhile, U.S. Navy Captain Jeff Davis told reporters a U.S. aircraft flying over Syria had to be rerouted to avoid a Russian fighter jet at least once.

“We have taken action to maintain safe separation,” Davis said, adding that the U.S. aircraft “changed path a little bit.” He did not disclose which type of U.S. aircraft was involved.

U.S. officials tell Fox News the drone encounters took place over ISIS-controlled Syria, including its de facto headquarters in Raqqa, as well as along the Turkish-Syrian border near Korbani. Another occurred in the northwest, near the highly contested city of Aleppo.

(At this stage, US aircraft may as well be setup for vodka and caviar delivery for the Russians, actually accomplishing something over there)

All targets were destroyed, Shoigu said. “The fact that we launched high-precision [cruise] missiles from the Caspian Sea at approximately 1,500 kilometers [932 miles] and hit all of the targets says much about the good training in the military-industrial complex and good skills of the staff,” he added.

Thank you Nash Montana, M., Wrath of Khan and many more.

9 Replies to “Somehow, a polar reversal has taken place between Russia and the Western world: Links 3 on Oct. 7 – 2015”