1: SAS in race to destroy ISIS poison gas plant that could slaughter THOUSANDS 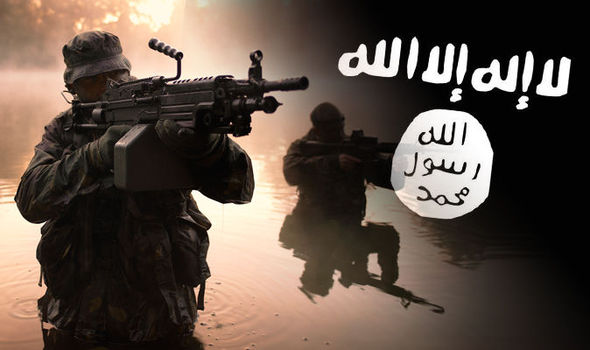 The order was given after intelligence reports revealed that the Islamic State terror group was planning a chemical attack on Kurds in the east of the country.

Last night a team of 60 SAS soldiers were accompanying a US chemical warfare team in the hunt for the chlorine warehouse, said to be situated in a heavily fortified ISIS stronghold 50 miles from the Iraq border. 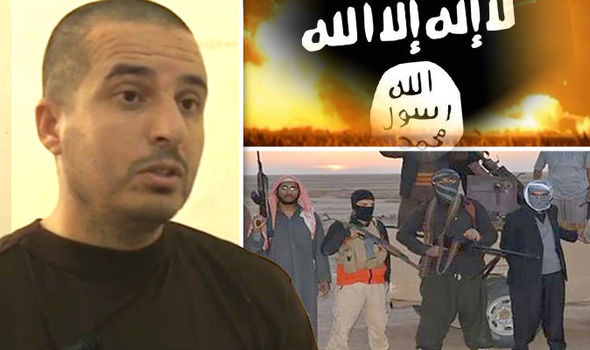 The terrorists also sent a chilling warning to Europe during the eye-opening interviews, which were conducted by an Italian journalist at a jail in Iraqi Kurdistan.

The first terrorist interviewed in the video, 30-year-old Muhenet, patiently explains the reasons behind the murderous regime’s tactics.

He says: “Islam will expand very soon. It will reach Europe and all the other nations. At this point the Islamic law will be in force, the Koran laws.”

He explains that all European women would have to wear a full veil and beer would be banned.

In an interview with U.S. networks recorded ahead of a meeting with U.S. President Barack Obama, Putin said Syrian President Bashar al-Assad deserved international support as he was fighting terrorist organizations.

Obama and Putin are scheduled to talk on Monday after Putin addresses the United Nations, although White House and Kremlin officials have disagreed on what the two leaders will discuss and even who initiated the meeting.

“In my opinion, provision of military support to illegal structures runs counter to the principles of modern international law and the United Nations Charter,” he said in an excerpt of an interview with U.S. television networks CBS and PBS released by the Kremlin.

3. Two teenagers under arrest on suspicion of arson for the fire at the mosque in London yesterday.

Two teenagers have been arrested on suspicion of arson after a large fire engulfed part of a south London mosque, believed to be the largest in western Europe.

Shocked onlookers watched as seventy firefighters tackled the blaze at the Baitul Futuh mosque in Morden which started at around midday on Saturday.

Two boys aged 14 and 16 have been arrested on suspicion of arson, and both remain in custody at a south London police station, Scotland Yard said.

4. Austria: Police detain two in confrontation between Austrian survivalists and national suicide group. (Police seem to offer pause button on back of jacket to all)

6. It would appear that across Poland, regular folks feel the continuation of their own nation, culture and people are at least worth a march. This seems to be in every city and town and certainly at soccer games

Following an intensive multi-security agency search for the terrorists whose rock barrage led to the death of motorist Alexander Levlovitz in Jerusalem on Rosh Hashana, police announced Saturday night that four Palestinian teenage suspects have been arrested.

Levlovitz, a 64-year-old grandfather, died hours after losing control of his vehicle on the night of September 13 when its windshield was shattered by a rock thrown from an overpass in Armon Hanatziv neighborhood while he was driving home with his two daughters.

An investigation determined the rock was thrown by youths from the neighboring Arab village of Sur Bahir. In a joint statement with the Shin Bet (Israel Security Agency), police said that shortly after their arrests the four suspects from the neighborhood confessed to carrying out the deadly attack.

BEIJING (Reuters) – China will maintain “heavy pressure” to defeat militants in its far western region of Xinjiang, China’s fourth most senior leader said during a visit to its ethnic Uighur heartland, urging religious figures to take the lead in opposing extremism.

The government says it faces a serious threat from Islamist militants and separatists in energy-rich Xinjiang, which sits strategically on the borders of central Asia and where hundreds have died in violence in recent years.

However, exiles and rights groups say China has never presented convincing evidence of the existence of a cohesive militant group fighting the government, and that much of the unrest can be traced back to frustration at controls over the culture and religion of the Uighur people who live in Xinjiang.

Visiting the old Silk Road city of Kashgar, deep in southern Xinjiang, Yu Zhengsheng said long-term stability must be the main goal for the region, the Xinjiang government said on its official news website on Sunday.

Thank you Wrath of Khan, Richard, ML., and all. More to come.

2 Replies to “Islam wants to kill lots of us, Russia fed up with US support of IS., Leftists work on destruction of Europe via UMIs and more: Links 1 on Sept. 27 – 2015”