1. BBC does staggeringly dishonest piece on the migrant wave into Greece

(Showing tourists and illegal migrants juxtaposed that way utterly ignores the fact that the illegal migrants are dependent on the locals while tourists actually support the locals. Its insane to compare the two groups. Its like saying food and insects are living in two worlds in the same homes. Of course, if hundreds of thousands of Christian or atheist Europeans started washing up on middle Eastern muslim state shores and started expecting rights and material goods from the locals I think sudden cases of lead poisoning could be expected pretty quickly)

Gunmen in Mali have killed at least five people in an attack on a hotel in the central town of Sevare, officials say. The dead include Malian soldiers.

The UN mission in the country said it believed “a member of the international personnel” was killed in the attack.

An unknown number of hostages are still being held at the Byblos Hotel, which is popular with UN workers. Two of the gunmen have also been killed.

Mali has been fighting Islamist rebels in the north for a number of years.

(Mali may want to consider the Cameroonian example) 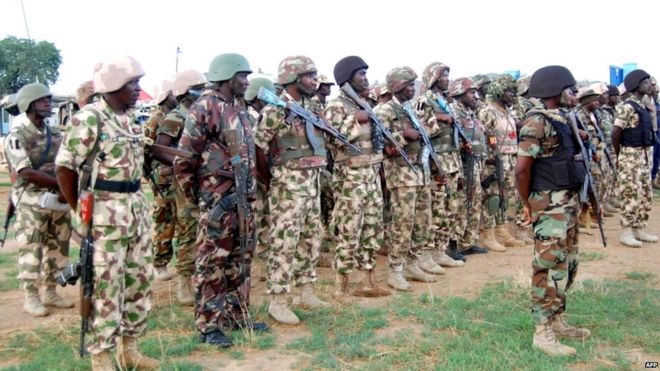 Nigeria is going to establish a domestic weapons factory in an effort to cut its dependence on imported arms, President Muhammadu Buhari has said.

The defence ministry had been told to develop plans for a “modest military industrial complex,” the president, who came to power in May, said

Nigeria has been battling the militant Islamist group Boko Haram for the last six years.

The US has refused to sell arms to Nigeria citing human rights abuses.

(But arms sanctions against Iran have been lifted)

(Here is a fascinating article from July this year)

Uyghurs from China’s Xinjiang are being given Turkish identity papers in Southeast Asia by Turkish diplomats and then taken to Turkey where some are sold to fight for groups like Islamic State as “cannon fodder”, a senior Chinese official said.

Beijing says the Turkic language-speaking Uyghur minority are firstly Chinese nationals, and those who flee China should be returned to their home region in the far west of the country bordering central Asia.

“Turkish embassies in Southeast Asia will give them proof of identity,” Tong Bishan, division chief of the Ministry of Public Security’s Criminal Investigation Department, told a small group of foreign reporters in Beijing on Saturday.

“They are obviously Chinese but they will give them identities as Turkish nationals.”

The accusation is likely to further anger Ankara, already alarmed by the return of more than 100 Uyghurs to China from Thailand this week.

Anne Marie Waters is the founder of Sharia Watch and one of the leading organizers of the Draw Mohammed event coming up in London on September 18. The left-wing establishment in Britain seems to be alarmed by Ms. Waters’ successful counterjihad activism, and has sicced its fice dog, HOPE not hate, on her.

Anne Marie Waters has now published a response to the coordinated attacks against her. The following essay was originally published at Sharia Watch.

Islamic State (IS) has treated Christians harshly in other places under its control.

The group follows its own extreme version of Sunni Islam and has previously ordered Christians to convert, pay jizya (a religious levy), or face death.

Thank you Wrath of Khan, M., Richard, Yucki and all. More to come I bet.

AFP video on Cameroon. The original was so quiet it couldn’t be followed if you have air conditioning on anywhere. This should be OK

4 Replies to “Turks selling Chinese muslims as cannon fodder? BBC calls the IS the IS without modifier and more: Links 4 on Aug. 7 – 2015”