1. A worthy video on the state of reporting on islamic terror

(Article by professional and working Danish psychologist, Nicolai Sennels on the diagnosis of jihadis as insane before anyone actually knows who they are)

(He will be made to pay for this by his government because of the deliberate distortion of taxonomy that makes a religious ideology a virtual race, and therefore, subject to anti-discrimination laws which protect members of non-white racial groups)

4. Luton man is charged over plot to attack US forces in the UK then join ISIS in Syria with his uncle

A man has been charged with planning a terrorist attack on US military personnel in Britain.

Junead Ahmed Khan, 24, is charged with intending to commit terrorist acts – and is also accused alongside his uncle, Shazib Ahmed Khan, 22, of planning to travel to Syria to join Islamic State.

The men, both from Luton, Bedfordshire, will appear at Westminster Magistrates’ Court today. 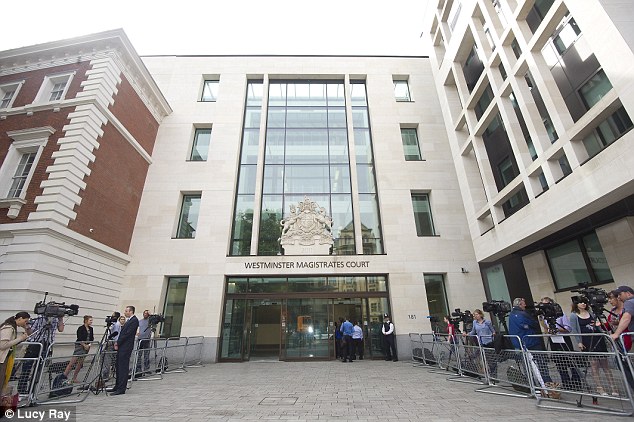 5. New York Times article on reorganization of the Islamic State leadership creates far more questions than it answers.
(For those who remember both Iraq wars, the US went in and took out all coms within hours with extreme precision smart weapons attacks so that Baghdad was effectively blind and the US coalition could act at will and with leisure and relative safety. In this NYT article, it says that IS jihadis are instructed not to use a SIM card from a particular Kurdish phone Telco. as they can disable towers during a battle and prevent the IS from detonating a bomb. The question is begged. Why can the US not simply render them incapable of coms using the same methods as they have a decade or two or three earlier? Take out all cell towers when they are attacking new targets)
6.  Major Jewish UK body stands behind Queen after surfacing of Nazi-salute photo

The Board of Deputies of British Jews, one of the UK’s oldest Jewish communal institutions, has voiced its support for Queen Elizabeth II after a British tabloid published a photo from 1933 of the seven-year-old royal raising her arm in a Nazi salute.

Board President Jonathan Arkush at a plenary meeting of the organization on Sunday spoke of the Royal Family’s warm relations with the Jewish community, the UK’s Jewish Chronicle reported.

“I don’t think any criticism of a seven-year-old child would be remotely appropriate and I don’t intend to make any,” Arkush said to the applause of hundreds of deputies, the Jewish Chronicle reported.

“It’s really important for us not to judge this event with hindsight. Obviously the Nazi salute now carries horrible memories and bitterness for us, but I do not think for one moment that it would be appropriate for me to suggest that the full horror of Nazi Germany was known at that point,” Arkush was quoted as saying.

(And no, it was not known at that point)

7. Global cadre of clerics in hats gather to discuss matters of scientific interest for which none of them have any knowledge or training.

(I can’t wait till Richard Dawkins, Stephen Hawking, and any number of actual accredited scientists get together and start talking about what God wants for public consumption and to effect policies that will hurt every one in the first world)

(If current events were a novel, no one would buy it as it would be beyond capability of willing suspension of disbelief. The chapter on where the Saudis display more reason based decisions than the US for just one example)

In the first public criticism of the P5+Iran deal by a member of the Saudi Arabian royal family, Prince Bandar bin Sultan told Lebanon’s Daily Star the deal would allow Iran to acquire a nuclear bomb and would “wreak havoc in the region.” Covered in The Times of London, the prince also told Daily Star, “Saudi Arabia and the Gulf powers are prepared to take military action without American support after the Iran nuclear deal”

Iran and Saudi Arabia are the two leading players in the Sunni/Shia divide and are competing for leadership of the Muslim world. The Sunni Islam Saudi Arabian monarchy fears that the Shia Islam Iranians will employ terrorists in an attempt topple the monarchy and the ruling House of Saud.

A lawyer says an uncle of the shooter in last week’s killing of five U.S. servicemen in Tennessee has been in custody in Jordan since a day after the attack.

Abdel Qader al-Khatib told The Associated Press on Tuesday that he was barred from seeing his client and that family members were prevented from visiting. Al-Khatib identified his client as Asaad Ibrahim Abdulazeez Haj Ali, a maternal uncle of the Tennessee attacker, Muhammad Youssef Abdulazeez.

The Tennessee shooter had spent several months in Jordan last year, and a Jordanian government official said Tuesday that some of Abdulazeez’ relatives in Jordan were being questioned as part of an investigation into his stay in the kingdom.

The official, who spoke on condition of anonymity because he was not authorized to discuss the case with the media, did not know if the uncle was in detention.

(Alternate source here)
Thank you M., Buck, Richard, Gates of Vienna and all who sent in materials. Much more to come because evil has no shortage of volunteers)

7 Replies to “Kuwaiti who is really Jordanian-Palestinian’s uncle detained in Jordan and more: Links 1 on July 21 – 2015”