The Iran US nuclear deal is going to take some time and research to come up with any sense of what took place. I certainly will post opinions of people I respect, like Netanyahu, Daniel Greenfield and so on, but this site is weeks away most likely from an opinion on it.

Check the links posts for many editorials and news items on the deal. The media will be flooded with materials no doubt.

1. Man convicted of plotting to derail Via train removed from courtroom TORONTO — A man convicted of plotting to derail a passenger train was removed from court Tuesday after he lay down in the prisoner dock to protest the “lies” of a psychiatrist who testified the man was schizophrenic.

Dr. Lisa Ramshaw also told a sentencing hearing that Chiheb Esseghaier’s delusional thoughts have developed over time, including his psychotic beliefs about the trial and his role in the court.

“He has indicated that he is not actually here as a criminal but as a visitor of the court to disseminate the information about the true ways of Islam.”

2. Bastille Day in France seems to be going well

3. Andrew Bostom on Sam Sorbo discussing the Iranian American deal. (CAUTION: The audio is harsh on this capture)

The statement, as reproduced in Chinese media, said that police caught 16 “terrorism suspects” in a raid in Shenyang.

During the raid, officers entered a rented apartment where they “discovered Xinjiang terrorist suspects” and were attacked by four people “wearing headgear, holding long knives, and shouting ‘holy war’ slogans,” the statement said.

Police then retreated and called for back-up. More than 200 officers, including an anti-terrorist unit, evacuated nearby residents and surrounded the building. A cherry picker was used to reach the seventh-floor apartment.

Pictures of the raid posted on a Weibo account owned by state broadcaster CCTV showed armed, uniformed men stationed on a rooftop and in a cherry picker cabin.

5. Police hold three men ‘plotting Al Qaeda terror strike in the UK’: One suspect brands police ‘cowards’ as they drag him away after arrest at offices of healthcare giant

Unusually, the conspiracy was not connected to the bloodshed in Syria or the rampant Islamic State propaganda machine.

Instead investigators are understood to be probing potential links between the men and an Al Qaeda-inspired cell in Pakistan.

Armed officers led the raid at one of the addresses, raising fears police believed the men had access to firearms, although none were found. 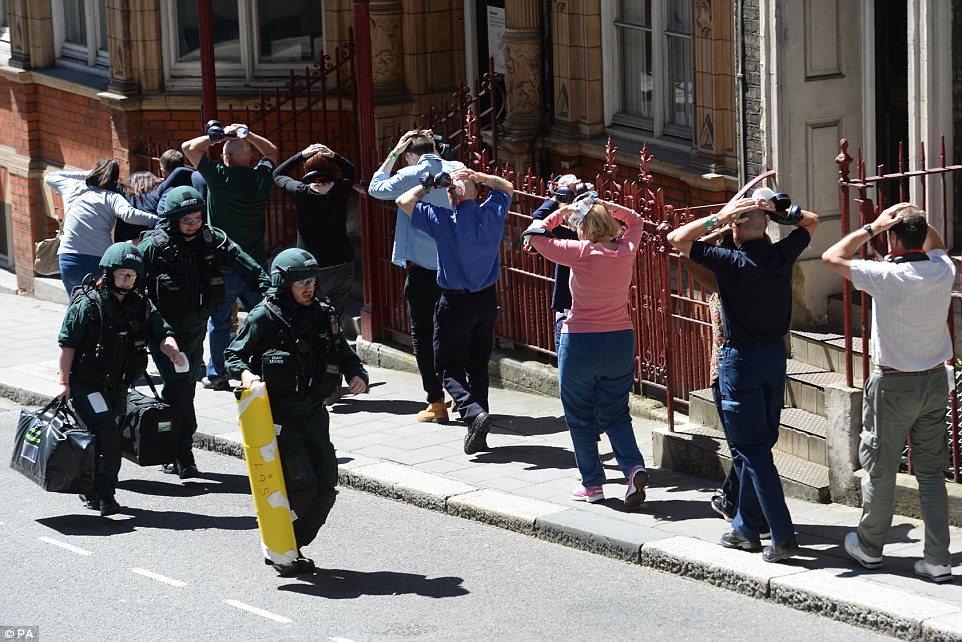 An attack by marauding gunmen armed with automatic weapons on a ‘soft’ civilian target is one of the greatest concerns of counter terror chiefs.

6. Yesterday we posted a link to the whole Ron Corbett show on the issue of the Confederate Flag Shorts and Blac Lives Matter’s Alinskyite reaction to them. It was asking too much for people to listen to the whole 75 minutes so here is just the BLM interview and one caller who busted them on their real intentions.
7. Israeli PM., Benjamin Netanyahu makes a statement about the deal

The United States and other world powers will help to teach Iran how to thwart and detect threats to its nuclear program, according to the parameters of a deal reached Tuesday to rein in Iran’s contested nuclear program.

Under the terms of a deal that provides Iran billions of dollars in sanctions relief, Iran and global powers will cooperate to help teach Iran how to manage its nuclear infrastructure, which will largely remain in tact under the deal.

Senior Iranian officials, including the country’s president, celebrated the deal as a victory for the country. Iran’s state controlled media quoted President Hassan Rouhani as saying that the deal will “remove all sanctions while maintaining [Tehran’s] nuclear program and nuclear progress.”

In what is being viewed as a new development, European countries and potentially the United States agreed to “cooperate with Iran on the implementation of nuclear security guidelines and best practices,” according to a copy of the agreement furnished by both the Russians and Iranians.

This will include “training courses and workshops to strengthen Iran’s ability to prevent, protect and respond to nuclear security threats to nuclear facilities and systems as well as to enable effective and sustainable nuclear security and physical protection systems,” according to the text.

Thank you M., Shabnam, Andrew Bostom and so many more who took the time and trouble to send in materials. More to come.

3 Replies to “The art of the deal, Iran USA and Alinskyest organizations push their agenda at music festivals: Links 2 on July 14 – 2015”