2. Saudi Arabia: Mutawwa beat British man and his wife for using the female checkout line in the grocery store

He said: ‘While I was on the ground all three of them proceeded to kick me repeatedly in the head and back and then one of them stamped hard on my face.’

Religious police on were forced to formally apologized to the man and his wife after conducting an investigation that found officers guilty of abusing their power. The four offices got disciplined by transferring them to jobs outside Riyadh.

The man is British, married to a Saudi woman and they have been living in Riyadh for years. He sent me this statement about the incident, published here in full:

VIENNA—Officials with the Department of State threatened to call security Monday on a Washington Free Beacon reporter who was attempting to report on a briefing held by senior Obama administration figures in Vienna on the eve of an expected nuclear agreement with Iran.

Two State Department officials booted the Free Beacon from a room where Wendy Sherman, the undersecretary of state for political affairs, was talking to reporters, despite the Free Beacon’s being credentialed by the Austrian government for the ongoing Iranian nuclear talks.

Western observers present in Vienna for the talks linked the State Department’s behavior to jitters over media coverage revealing a still growing list of concessions being made to Iran by the Obama administration. […]

Officials told reporters Monday in Vienna that that they would not press the Iranians to meet the international demand that inspectors be allowed to access all Iranian military sites. The administration’s stance comes after a speech by Ayatollah Ali Khamenei ruling out any such inspections.

4. Yesterday we posted a titled version of the Dan Park speech at PEGIDA in Malmoe Sweden. Because of the audio, one of his witticisms may not have quite been clear. In essence, there were maybe 20 PEGIDA people there to stand up for women, Jewish and minority rights to exist as equals and in opposition to sharia, and thousands of left wing deluded self titled ‘Anti-fa’ there to make it difficult in any way they could.

So when Dan Park took the mic and started talking like a visiting rock star at a stadium to a crowd of hostile people booing him, it was actually quite funny, not to mention brave.

Witnesses say some are now being used to terrorise other captives, and are even carrying out killings themselves.

The testimony cannot be verified but Amnesty International says other girls kidnapped by Boko Haram have been forced to fight.

(Wouldn’t it be great if someone asked her, if she would have gone to Tunisia if the PM hadn’t kept insisting islam was a religion of peace)

Thank you Wrath of Khan, M., Richard and all. More to come including, at some point soon, a very interesting experiment a fellow did in the UK. Still from video below: 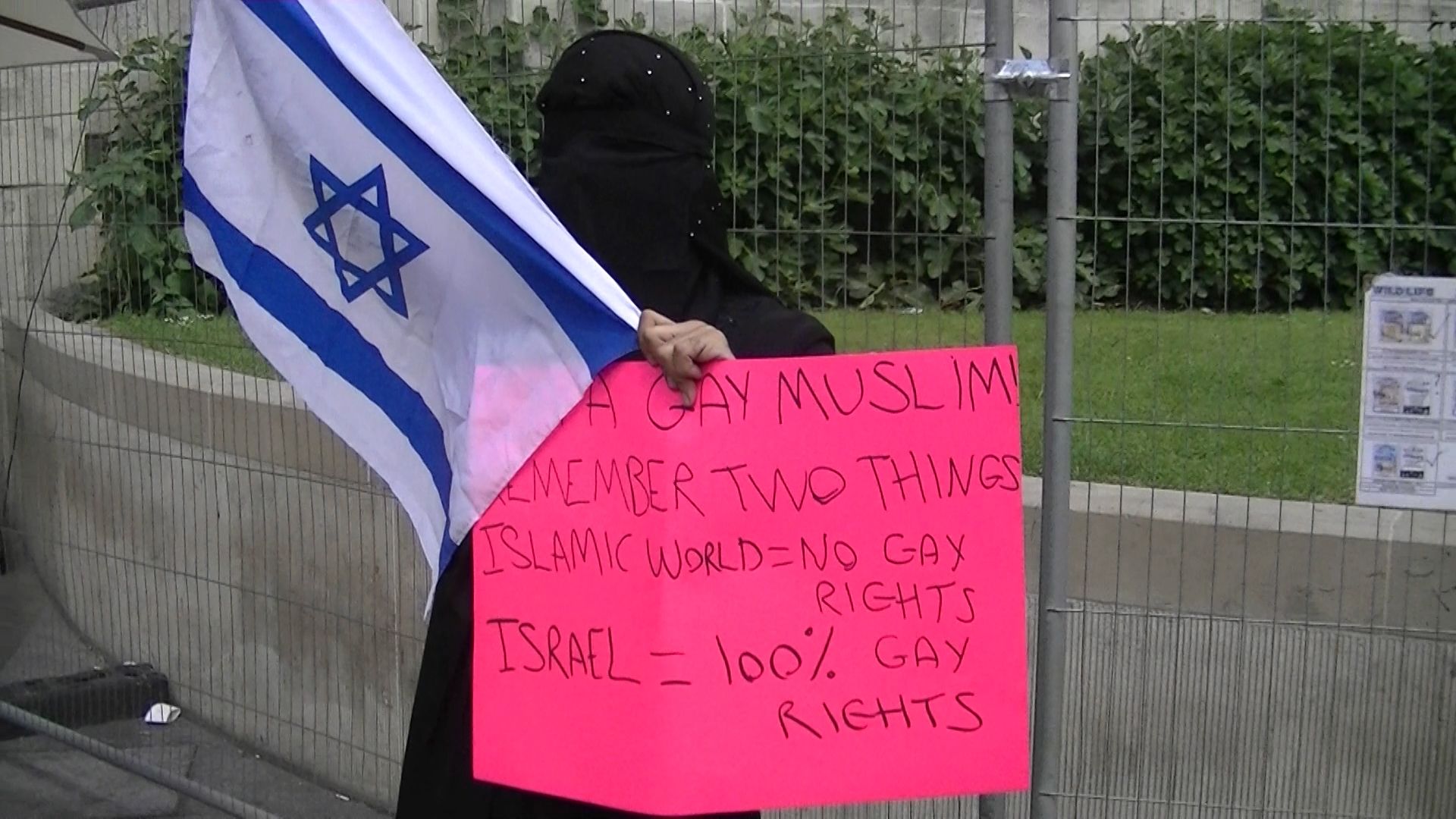