2. This appears to be a Shia muslim video in reaction to Geert’s video

(Wait you mean thats not just a crop of the cover of Abbey Road?) 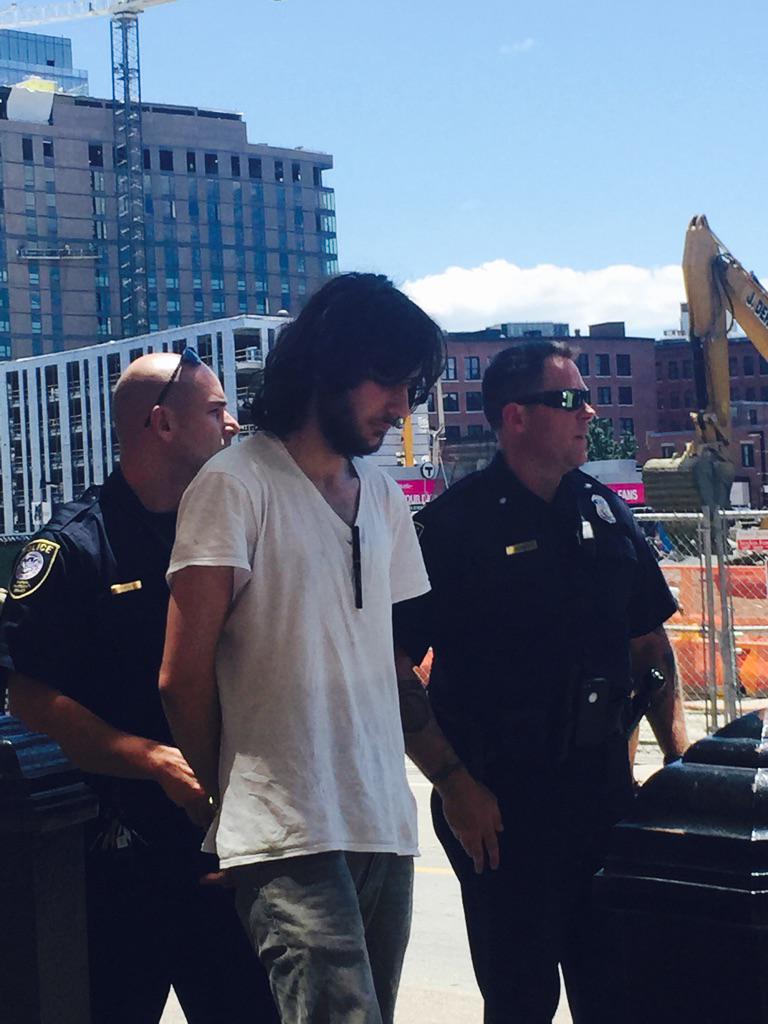 THE HAGUE (Reuters) – Anti-Islam politician Geert Wilders on Wednesday aired cartoons of the Prophet Mohammad on Dutch television that were drawn at a cartoon competition in Texas that was attacked by two gunmen in May.

Aissa Zanzen, spokesman for the Council of Moroccan Mosques in the Netherlands, called Wilders’ action, using public broadcast time allocated to political parties, a publicity stunt. “Wilders is out to provoke Muslims and he has done everything he can to do that,” he said.

Wilders, in a broadcast coinciding with the Muslim holy month of Ramadan, introduced the three-minute broadcast, in the second half of which the cartoons scrolled across the screen accompanied by piano music.

5. Video of arrest of meat cleaver guy at Boston courtroom

6. Another Canadian converts to islam and mysteriously becomes an extremist who is A OK with people targeting police and our soldiers for “what they do to muslims”

(The CBC manages to avoid any decent questions of course and ignores the glaring lack of reasoning preferring instead, the usual post modern ‘vague impression’ of islam as victim and muslims as victims when it is they who instigate violence and foment the destruction of our laws, cultures and customs by central dogma of their faith)

7. Everyone should know where terrorists live:’ Polish radicals to create Muslim database

A Polish far-right group wants to create a register of Muslims in the country. The Polish Defense League says they will publish addresses and pictures of those practicing Islam in order to “protect” the country against the threat they allegedly pose.

The plan, which they have called ‘Muslimwatch,’ has chilling similarities to segregation policies in Poland in the late 1930s, according to a former Polish Imam.

(In the video below, a muslim lies to a Christian like he was paid by the letter)