RIYADH: With Ramadan likely to start on Thursday, non-Muslims have been urged to respect the holy month and abstain from eating, drinking and smoking in public.
The Ministry of Interior issues a notice every year to ensure that those of other faiths understand and abide by the country’s laws. Failure to do so can result in legal trouble.

3. Police target indigenous British people in protest against population replacement in the UK:

(This is about some new giant mosque)

(These British protests remind me of an old sort of joke that clearly isn’t funny anymore. “If the government doesn’t like the people, they should dissolve the people and form a new people”. If you change the word ‘form’ to the word, ‘replace’, you actually have the facts)

4. Jihadi who wanted to kill Pamela Geller said he’d kill his family if they refused to live by Sharia

“He also indicated he is prepared to fight anyone who is an enemy of ISIL, including Americans if necessary, to accomplish ISIL’s ultimate goal. That includes his family, who Rovinski said would be required to live within ISIL’s parameters and that ‘if they were to refuse, they must be killed,’ the affidavit stated.” The Islamic State’s “parameters” are, of course, Islamic law — Sharia

5. Perfect Child sent in a link to this video of particular interest to Canadians from 2012 on government and free speech. Its worth the 6 minutes, especially to Canadian readers.

(I wonder what that would fetch on Craig’s List) 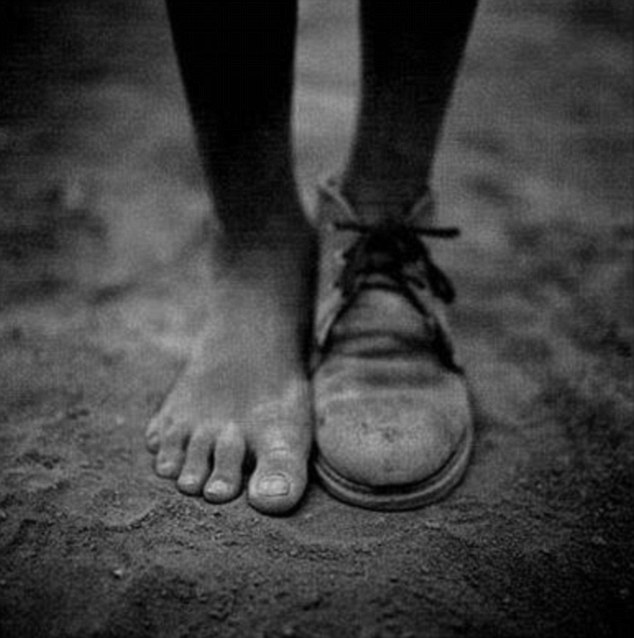 A British Muslim campaigner faced online ridicule after he claimed ‘Zionists’ had sneaked into his home and stolen a single shoe.

In a public Facebook post, Asghar Bukhari, a founding member of the Muslim Public Affairs Committee UK, said someone had tried to intimidate him by taking his footwear as he slept.

He wrote: the ‘game was simple – to make me feel vulnerable in my own home’, before adding ‘it is not the first time I have heard this happening’.

He ended by urging readers to share the message.

Within hours, the rant had prompted dozens of mocking tweets, with the hashtags #MossadStoleMyShoe and #ShoeishConspiracy trending on Twitter.

(The argument in the article is the one muslims make all the time. the fallacious notion that because the university won’t turn itself into a mosque then they will make it a mosque anyway. No one thinks to ask them if the rest of the population can go to mosques and study whenever they want during prayer times or whenever. The way we need to look at it is the rational way which is if muslims can pray in the streets, then we can drive through the mosques)

Muslim students at a Northern Ireland university have to pray in corridors, classrooms and forgotten corners of the campus because the college will not provide a dedicated space for prayer.

Students at Queen’s University Belfast are campaigning for the university to set aside a private area where they can pray – a move that would end constant struggles to find privacy while on campus.

10. Sneak peak into soon to be released book on Obama-Israel relations which look from this article to be quite revealing of the Obama mindset on Israel

What makes the details especially credible is that Oren is no flame-breathing Israeli right-winger but very much (and at times distressingly) an Establishment creature and one, moreover, who makes it clear he drank the Obama hope-and-change Kool-Aid in 2008. (Indeed, he now serves in Israel’s Knesset not as a member of Bibi Netanyahu’s Likud but of the new centrist Kulanu party.)

On major matters, the administration seemed to hold Israel accountable for problems it had nothing to do with.

Example: The Palestinian Authority made moves toward seeking a declaration of statehood at the United Nations in 2011, which would’ve triggered a law shutting down their US mission and suspending all aid to the PA and to UN agencies that recognized Palestine.

Thank you ML., M., PerfectChild, Blazing Cat Fur, and all who sent in materials.

Within a couple of hours I hope to upload a digitally improved version of Geert’s speech in Denmark today. It will be the same file as the live stream from Bambuser, but the sound has been messed with to make it more audible and comprehensible, at least to my ears, to make for a less stressful listen. If a better video appears from today’s speech this file will be replaced with that but for those who really want to know what he said, this should be adequate. Thank you to Nicolai Sennels for streaming it. So far it appears to be the only record of his speech there.