2. Pamela Geller speaks in point form on FOX discussing security and her reaction to threats and the nature of her fight. “To find terrorists, look at the mosques”

3. American news notices that many people within the US are sympathetic to the Islamic state. (Not sure if they make any sort of connection between them all though)

(This will be a good one to keep an eye on. As Air Force insiders are reporting that Obama has to approve every strike personally, and as over 70% of sorties go back to base without dropping any ordinance whatsoever and that many many reports say that pilots are kept circling targets for hours before getting WH clearance to hit it by which time the target is frequently not available anymore)

A selfie posted online by a member of the Islamic State group just cost the terror organization a headquarters building in Syria. 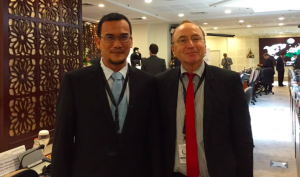 GENEVA, June 4, 2015 –  Despite its reputation as one the world’s worst violators of religious freedom, Saudi Arabia is now hosting in Jeddah a UN human rights conference on combating intolerance and discrimination based on religion or belief, attended by the president of the UN Human Rights Council and other top international representatives.

7. Here is a link to a post by someone who claims to have been onboard the aircraft with the Diet Coke muslima who was so horrified by getting an opened can. If its legit, it is as believable as it is revealing.

Thank you CB Sashenka, M., Wrath of Khan, GoV., and all. Interesting times.