1. Saudi Arabia advertises for eight new executioners to carry out public beheadings after increase in number of death sentences

“It’s one of the most gruesome jobs imaginable, with low pay and no special qualifications required.

(But it looks great on your CV)

2. Eight minute clip from the For Freedom march in Copenhagen yesterday

Suspected jihadist Mohamed A. discussed plans for an attack on PVV leader Geert Wilders with others. This was revealed during the criminal case against the 22 year old man from Delft, who is on trial for the preparation of a robbery and possession of three firearms.

NOS reports that A. refused to respond to questions about the intercepted conversations regarding an attack on Wilders. He kept repeating that he invokes his right to remain silent, but he previously stated that the conversations were “tough talk” and “James Bond stories”.  These conversations took place in A.’s mother’s car, in which the police had placed listening devices.

(We posted about her before when she made the papers for having a diversity meeting, then asking white people not to go) 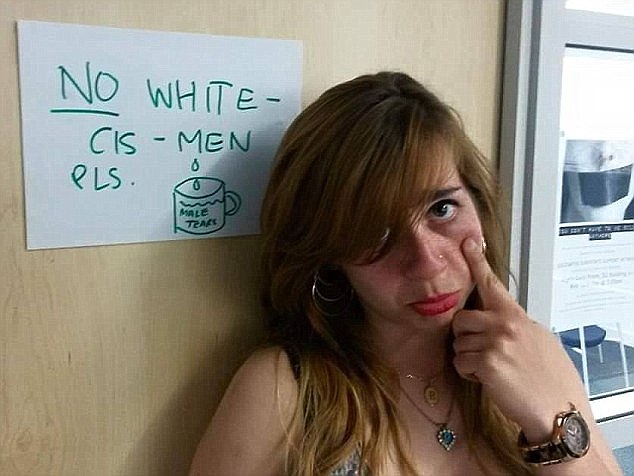 The university equality officer at the centre of a racism and sexism row could lose her job after she allegedly tweeted a hashtag ‘kill all white men’.

Bahar Mustafa, 27, student union Welfare and Diversity Officer at Goldsmiths University in London, was accused of discrimination after she told white people and men ‘not to come’ to a meeting she was organising to discuss ‘diversifying the curriculum’.

Now students have launched a petition calling for her to be removed from the post, saying she has ‘made students feel intimidated’, been ‘unprofessional in her public conduct’ and ‘encouraged or expressed hatred based on an individual’s race, gender, or social position’.

(The article linked above explains the clip posted below)

(The whole film is 5 hours long. May be worth it though, if a link for it appears it shall be posted)

Militants were also going door-to-door looking for government sympathisers and throwing bodies in the Euphrates river, residents were quoted as saying.

Thousands have fled the city and the UN has warned of a humanitarian crisis.

7. This article timelines the events of the film, blamed for the Benghazi attack by Mrs. Clinton and now allowed to be shown again thanks to law suits by Google. Its the 14 minute live action film by the Egyptian American who was arrested by the Obama admin. Video below:

8. This is a BBC report on Ramadi from yesterday.

(Personally I believe that the entire situation in Iraq today should probably be viewed under the calculous of this video of George W. Bush in 2007)

Thank you Maria J., M., Wrath of Khan, and many more. Much more to come.

5 Replies to “Geopolitics, political correctness, deconstruction of practical values: Links 1 on May 19 – 2015”