The Islamic State’s temporary leader is a former Iraqi physics teacher located in the country’s second-biggest city, Mosul, the adviser to the Iraqi government on ISIS has revealed.

Yesterday, it was reported by the Guardian that the terror group’s caliph, Abu Bakr al-Baghdadi, was seriously wounded in a U.S. coalition airstrike in western Iraq in March, leaving him with injuries which allegedly rendered him incapable of carrying out the day-to-day duties as caliph. The revelation raised questions about the leadership structure of the group and reportedly led to frantic meetings between senior ISIS officials on life after Baghdadi.

Speaking to Newsweek, Dr Hisham al Hashimi, the Iraqi government adviser, confirmed that Abu Alaa Afri, the self-proclaimed caliph’s deputy and a former physics teacher, has now been installed as the stand-in leader of the terror group in Baghdadi’s absence.

2. Pat Condell: on the gullibility of the British electorate

3. Volcano erupts in Chile, nearly guaranteeing that we will have one of the crappiest summers in living memory. Probably for a few years. 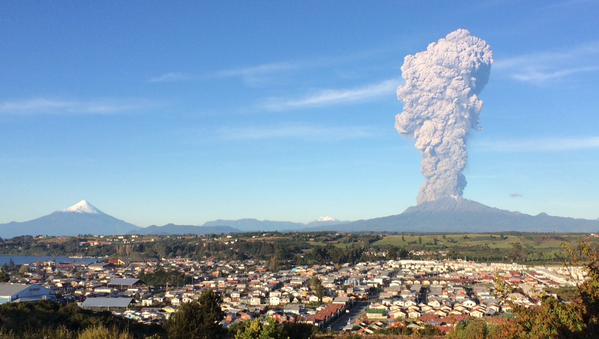 4. Nigel Farage: Only take Christian refugees. Send the rest back.

6. Where do they get this stuff

(Another Gomer Pyle moment for Obama. Not a single bookie lost money on this one)

Washington (CNN)President Barack Obama, wary of damaging relations with Turkey amid growing unrest in the Middle East, won’t use the 100th anniversary of the massacre of Armenians under the Ottoman Empire to declare the brutal episode a genocide.

Despite Obama’s campaign promise in 2008 to “recognize the Armenian Genocide” as president, the White House on Tuesday issued a carefully worded statement on a high-level administration meeting with Armenian groups that avoided using the term “genocide.”

An administration official said Obama, who will mark the centennial this Friday, would similarly avoid using the word. The term angers Ankara, which denies that Ottoman Turks carried out a genocide.

8. Update on the muslim who had planned to attack “one or two churches” in France

9. Interesting article on Spanish jihadists and what fuels their jihad in the Islamic State

Prime Minister Stephen Harper affirmed Wednesday his belief that 1.5 million Armenians were killed in a ‘Genocide’ nearly a century ago during the First World War. For decades, previous Canadian governments refused to call it ‘genocide’ for fear of upsetting Turkey, which is blamed for the massacre.

5 Replies to “An excellent contrast between Obama and Stephen Harper’s positions on the Armenian Genocide of 1915: Links 5 on April 22 – 2015”