A computer security person I know well has told me that currently there is a massive cyber-attack against church websites. Massive according to him and the largest attack he has seen against a non-commercial target. The recipients are mostly, it appears, missionary websites and all American. Thats all I know and all I can say. But just so people know that this war, and war it is, continues and escalates on all fronts.

1. Kobane’s streets of death: Executed ISIS fighters are lined up in town’s ruins as pictures reveal scale of destruction after militants’ defeat in epic battle

Kurdish fighters have killed dozens of Islamic State militants in recent days as battles continue to rage around the strategic Syrian border town of Kobane.

In one village, a Kurd was today pictured standing over the bodies of Islamic extremists after they were killed in Halimce, a village east of the town.

Around 20 jihadists also died in the hills west of Kobane days after it was recaptured following months of heavy fighting which has left the town in ruins.

Kurdish forces retook the town on January 26 in a symbolic blow to the jihadists who have seized large swathes of territory in their onslaught across Syria and Iraq. 2. Muslim government of North Sudan bombed out civilian areas and hospitals of areas held by Christian and animist South Sudan to the extent that many Doctors without Borders groups have left the region citing unacceptable conditions.

3. Tajik IS Militant In Syria: ‘We’ll Convert Native Americans To Islam And Build Them Mosques’

A Tajik militant claiming to be fighting alongside the Islamic State (IS) group in Syria has told RFE/RL’s Tajik Service, Radio Ozodi, that his goal is to introduce Shari’a law throughout the world, including among Native Americans.

Nazarov says that he is from the village of Charmgaron in the Kulob district of Tajikistan and that he went to Syria two years ago and now lives in a suburb of Raqqa, the Islamic State group’s de facto capital in Syria.

According to Nazarov, he had been living and working in Moscow before coming to Syria via Turkey.

“This is not the only route. There are dozens of other ways for our brothers to unite with us. If Turkey closes the route, then there is Yemen and other states,” Nazarov said.

According to Nazarov, he originally fought alongside Jabhat al-Nusra, Al-Qaeda’s Syrian affiliate. 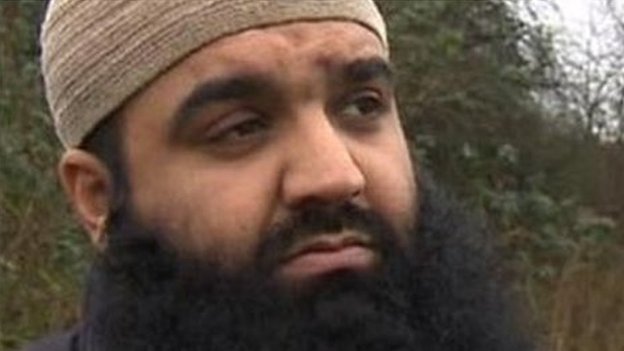 How can anyone not say this is a uniform, and the uniform of a deadly enemy?

(One could make the case that this man’s story is a powerful data point suggesting that Obama is not acting with American interests but perhaps the opposite. Under any other president, this man would have a nice house, a life in Vermont and at least a 3 part miniseries as a great hero of our times. After promising most of that, the man who led America to Bin Laden has languished in jail in Pakistan instead. What message does Obama send to the word to those who would help them defeat major terrorists?)

The wife and children of the Pakistani doctor credited with having helped the United States find Osama bin Laden are in increasing fear for their lives and should be evacuated from Pakistan immediately, friends and supporters close to them say in exclusive interviews with FoxNews.com

Shakeel Afridi, 51 – called a traitor in Pakistan, but a hero in the U.S. after the May 2011 SEAL Team 6 raid that killed the al Qaeda leader – remains in isolation in a Pakistani jail, where his bid for a review of his 2012 conviction for “terrorism links” has been stalled since last March.

Afridi’s wife, meanwhile, is in hiding with their two sons and a daughter, fearful they’ll become targets of groups within Pakistan – Taliban among them – who’ve declared their determination to seek revenge for bin Laden’s killing

6. This article claims that 500 Chinese converted to Islam after being touched by the beauty of the ceremony for the dead Saudi King. The video shows about 145 but maybe there are more. However after reading about the Tai Ping revolution in China and how religion spreads like a cancer in that country, one should take it seriously.

A California school is causing quite a controversy for apparently violating the separation of church and state to promote Muslim headscarves for women.

It all started when a student at Natomas Pacific Pathways Prep in Sacramento, who also happens to be an intern for the Hamas-linked group the Council on American-Islamic Relations, gave a presentation on “Islamaphobia” at a mandatory staff meeting at which an official CAIR representative was present.

In response to the presentation, the school decided to sponsor a “Hijab Day” Wednesday in cooperation with both CAIR and the Muslim-Brotherhood linked Muslim Students Association.