OTTAWA — A mosque and several business were evacuated on Walkley Road Thursday night after a suspicious package was found in a taxi cab.

Police were called to Imam Ali Masjid on Walkley Road near Heatherington Road after someone reported the package was sitting in the back seat of the car.

After inspection, police determined the package was not dangerous.

Police were called to a parking lot on Walkley Road between Heatherington Road and Baycrest Drive around 6:30 p.m. Wednesday, empty except for a taxi with a suspicious package inside.

There are no details on the type of device it was as police said they don’t want to interfere with the ongoing investigation.

Police also said they’re doing their “due diligence” to see if there is any connection to a mosque in that area.

2. One in 8 Germans would join anti-Muslim marches: poll

(And one in 8 are muslim which leaves 6 in 8 which need to read the koran etc. so they can join the one in 8 fighting for their rights)

BERLIN (Reuters) – One German in eight would join an anti-Muslim march if a rapidly-growing protest movement organized one in their home towns, according to an opinion poll published on Thursday.

The survey highlighted growing support in Germany, as in other European Union countries including Britain and Sweden, for parties and movements tapping into voter fears that mainstream politicians are too soft on immigration.

Some members of Chancellor Angela Merkel’s conservative bloc worry that they risk losing support to the euro-sceptic Alternative for Germany (AfD) party, which has shifted its focus to immigration and includes many who also back the PEGIDA protest movement — Patriotic Europeans Against the Islamisation of the West.

(Below, a screen capture of a Google machine translation from one of two articles on this. I will try and get a proper translation done later today) 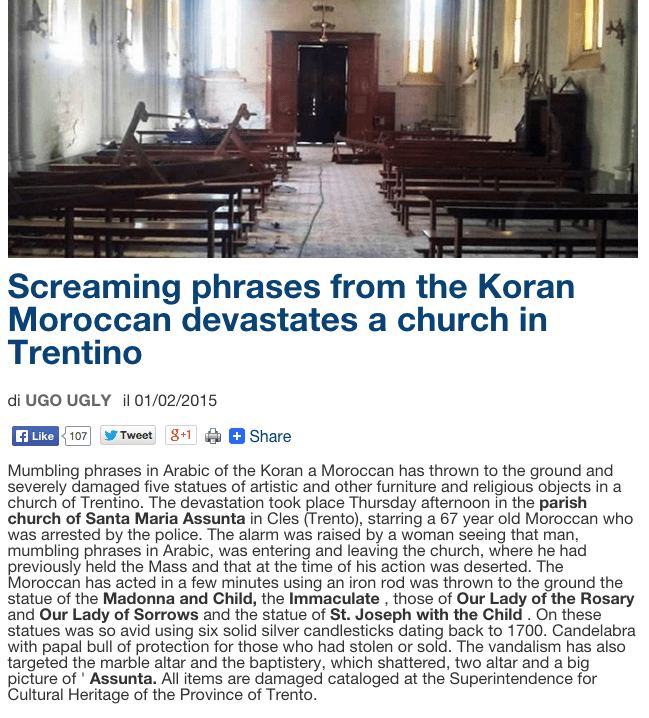 (Of course they will not try him for a ‘hate crime’ or aggravating community relations or inflaming religious feelings or anything else they would charge us with should we so much as leave a ham sandwich on the steps of a mosque. Instead they are using the canard of ‘mental illness’ and may charge him with vandalism)

This is the church where this took place I believe

4. More on the Ottawa cab with non-active explosive device 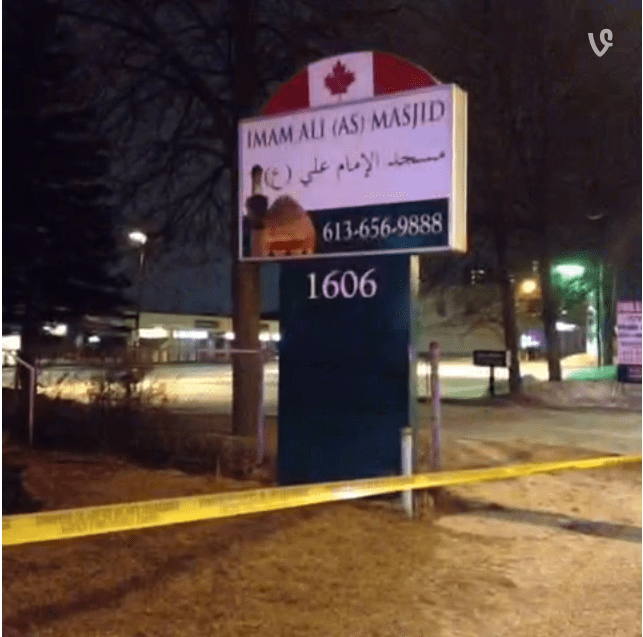 Thank you M., Richard, and many more who sent in material. Most likely more to come. Day 2 of 2015 and it is living up to the Muslim Brotherhood promise of increased open warfare in the streets already. Who knows. A few more attacks and maybe 2 of 8 Germans will march in the streets against this crap.