1. SUN TV with Brian Lilley: The Ever Expanding Caliphate

(It is always satisfying when a TV journalist notices something true and mentions it even when its unfashionable to do so. Brian and all the folks at SUN TV are pretty good about that generally though)

2. The Iranians claim that Israel and the Jews created and funded and equipped ISIS while in the image below you can see that on the ISIS actual official Facebook page, they claim, if my Tardish is good enough to get this, that the Iranians are all Jews. 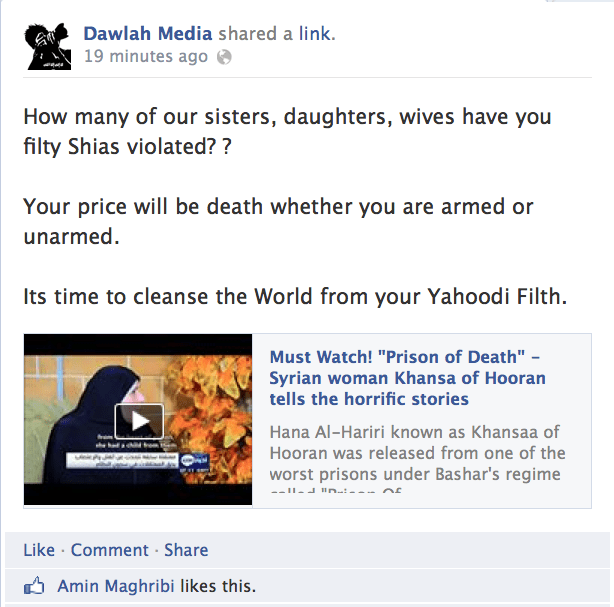 3. Also from the ISIS FB page: 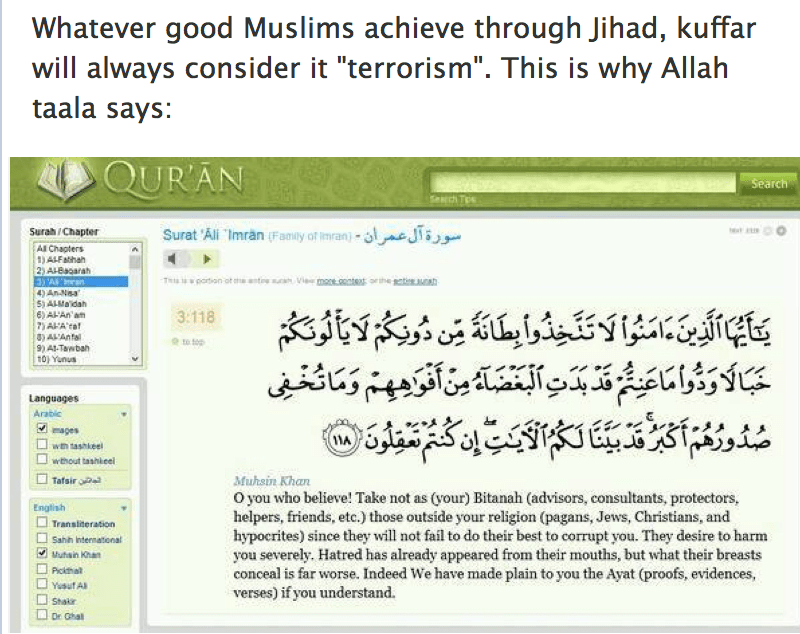 The koran is half right. Only people who really understand islam and its consequences feel that way about it. What a shame muslims never stopped to ask why people who know Islam from the outside detest it so much. Maybe if they did, they would give it up and do something socially positive for a change.

4. No matter how much these people hate Israel and Jews, no matter how many terrorist attacks they have funded or organized to destroy the state and kill its people, they still flee there quick as a bunny the moment they have a medical problem that needs skilled attention. Mahmoud Abbas’s wife is getting surgery at an Israeli hospital now.

A Jewish school bus in Antwerp, Belgium had rocks thrown at it by Muslim teens on Sunday, reported Orthodox Jewish media.

The teens surrounded the bus, which was carrying kindergarten students from the Antwerp Hayder school and proceeded to throw stones.

Thank you M, ML, and a lot of people who sent in material. I hope to have more info on Sri Lanka very shortly.