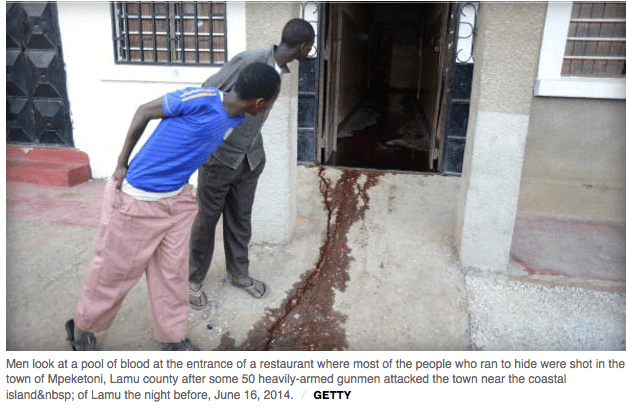 NAIROBI, Kenya — Extremists attacked a coastal area of Kenya for the second night in a row, killing at least nine people a day after the deaths of nearly 50, an official said Tuesday.

At least 12 women were abducted during the latest attack on Kenya’s coast, which also left 15 people dead, residents have told the BBC.

President Uhuru Kenyatta has blamed “local political networks” for the overnight raid on two villages near the town of Mpeketoni.

But Somalia’s al-Shabab group had earlier said it was behind the attack.

Nairobi, Kenya: The gunmen went door to door in the Kenyan coastal town, demanding to know if the men inside were Muslim and if they spoke Somali. If the extremists did not like the answers, they opened fire, witnesses said on Monday.

Al-Shabab, a Somali al-Qaida-linked group, claimed responsibility for the hours-long assault on Mpeketoni in which 48 people were killed. The attack began Sunday night as residents watched World Cup matches on TV and lasted until early Monday, with little resistance from Kenya’s security forces.

After daybreak, Kenyan troops and residents stared at the bodies lying on dirt streets by still-smoldering buildings. Two hotels and many vehicles were set on fire.

(“Gunmen”. “…linked group”. Nowhere does it say terrorists or islamic genocide of non muslims or for that matter, anything factual and important as to motive while accurately, at least there is that, describing the actions) 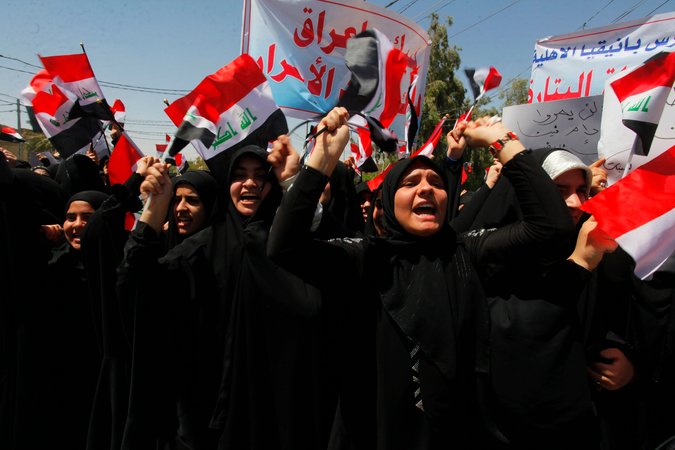 BAGHDAD — The first signs of sectarian reprisal killings of Sunnis appeared in Iraq on Tuesday, as 44 Sunni prisoners were killed in a government-controlled police station in Baquba, north of Baghdad, and the bodies of four young men who had been shot were found dumped on a street in a Baghdad neighborhood controlled by Shiite militiamen.

A police source in Baquba said the prisoners were killed after militants who had been advancing on Baquba attacked the police station, where the men, who were suspected of having ties to the militants, were being held for questioning.

5. Yesterday a video was posted at this site of an Israeli Arab muslim teen who stood in solidarity with Israel and demanded the release of the kidnapped teenagers. He spoke in English, Hebrew and Arabic and his logic and emotions were lucid and rational on the matter. So naturally, his own muslim relatives now pose an existential threat to him.

Police arrested three men Tuesday for threatening their relative, an Arab Israeli teen who, in a strikingly pro-Israel video posted online, wraps himself in an Israeli flag and expresses solidarity with three kidnapped Israeli youths.

Saudi Arabia should be held responsible for militant financing and crimes committed by insurgent groups in Iraq, the Baghdad government charged on Tuesday.

Comments from Riyadh indicates it is “siding with terrorism”, the cabinet said in a statement issued by Prime Minister Nuri al-Maliki’s office.

“We strongly condemn this stance,” the statement read.

“We hold it (Saudi Arabia) responsible for what these groups are receiving in terms of financial and moral support.”

There was heightened fear in parts of the South-East on Monday as news spread that hundreds of persons suspected to be Boko Haram members were arrested in Abia State.

The suspects, including eight women, were said to have been arrested along the Enugu-Port Harcourt Expressway by soldiers attached to the 144 Battalion of the Nigerian Army, Asa in the Ukwa West Local Government Area on Sunday.

Their arrest occurred some hours after security operatives detonated improvised explosive devices planted on the premises of a branch of the Living Faith World Bible Church (a.k.a. Winners Chapel) in Owerri, Imo State.

(Wait, is this guy a film editor or was he the director? Isn’t that the official position of the white house that a video was responsible for the attack?)

U.S. Special Operations forces captured one of the suspected ringleaders of the terrorist attacks in Benghazi in a secret raid in Libya over the weekend, the first time one of the accused perpetrators of the 2012 assaults has been apprehended, according to U.S. officials.

The officials said Ahmed Abu Khattala was captured Sunday near Benghazi by American troops, working alongside the FBI, following months of planning, and was now in U.S. custody “in a secure location outside Libya.” The officials said there were no casualties in the operation, and that all U.S. personnel involved have safely left Libya.

Thank you Maria Jose, M, and all. If things go according to plan, I should have 2 rather interesting interviews posted late tonight or sometime tomorrow.