Our host provider has been having a few technical issues which has meant downtime for us, as well as a number of other sites using the same host. This is likely fallout from the Heartbleed vulnerability but I don’t know for sure.

I have enabled a feature on a security site we use which should basically mean that Vlad will always be up. But the downside is, comments will be slow to load. You can still comment, and please do, I count on people’s analysis and opinions as well as related news posted. But it likely will not appear for a while.

Once the host company has all their issues sorted, I will turn this feature off and comments will appear right away again. Thanks for your understanding on this. I do not believe this is attack related and I know it is not site specific.

1. Bill Warner: The Victims of Islam: 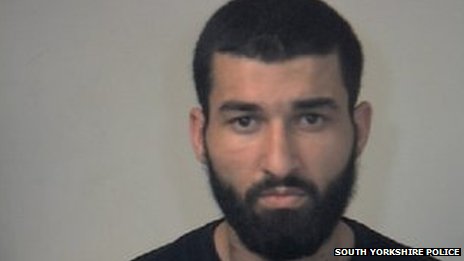 Aras Hussein decapitated his girlfriend at his flat in Sheffield

She had several defence wounds on her hands and forearm.

Prosecutor Graham Reeds QC told the jury Miss Ramzan was still alive as the defendant started to sever her head and “severe force” would have been required.

Thank you Wrath of Khan, M, Richard and all. Much much more to come. Multiculturalism means never having to say its boring.