1. Ayaan Hirsi Alli reacts to the withdrawal of her honorary Ph.D. from Brandeis

‘The slur on my reputation is not the worst aspect of this episode. More deplorable is that an institution set up on the basis of religious freedom should today so deeply betray its own founding principles,’ Hirsi Ali wrote in a statement, according to The Boston Globe.

‘I can only wish the Class of 2014 the best of luck – and hope that they will go forth to be better advocates for free expression and free thought than their Alma mater.’ 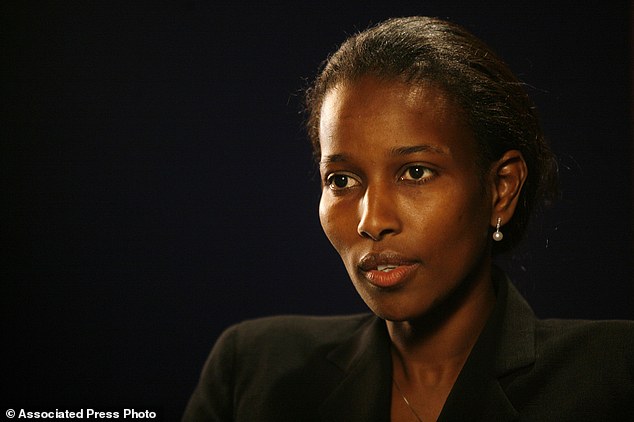 (I have said it more times than I can count in text and video and radio interviews etc. But it bears saying again.

The entire point of freedom of speech is to criticize and even mock and ridicule, and in any way, challenge irrational religious authority. It is the basis of the enlightenment. Freedom to believe what you want and practice your religion within the bounds of the law does not mean anyone has the right to stop others from analyzing that faith howsoever they may feel is necessary. The people at Brandeis have betrayed the very principles upon which universities are built.)

AN historic church where DH Lawrence’s parents are buried could be demolished after it was gutted by a huge fire. […]

Notts Police confirmed that the officers were called to the scene but said the investigation into the cause of the blaze was ongoing and any police investigation would follow this.

3. Antoin Akpom murder trial: Hussain Hussain tells jury he knifed victim because he was ‘in fear for his life’

IN THE DOCK: Abdul Hakim, left, and Hussain Hussain

A teenager on trial for murder has told a jury he was in fear for his life when he stabbed a man in a city street.

Hussain Hussain (19) said he stabbed sports coach Antoin Akpom because Mr Akpom was about to hit his friend, Abdul Hakim, with a metal dumb bell.

Thank you Fjordman, UK Pete, EDL Buck and all. More to come. Tonight at half past midnight on the Glazov Gang, tune in to hear Gavin Boby. Should deb great as always.