1. A hockey game broke out today in the Ukraine Parliament over proposed treason laws.

(And before you ask, no, his name isn’t ‘Mohamed Tardski’. It’s Doku Umarov)

Russian secret services have confirmed the killing of their ‘most wanted’ man, the Islamic terrorist leader and Chechen warlord Doku Umarov.

Umarov, who was once dubbed ‘Russia’s Bin Laden’, was ‘neutralised’ in a ‘combat operation’ which left dozens of terrorists dead, according to the country’s Federal Security Service (FSB) announced.

A website sympathetic to the Islamic insurgency in the North Caucasus had reported that Umarov had been killed on March 18, but Moscow had not previously confirmed the report, until today. 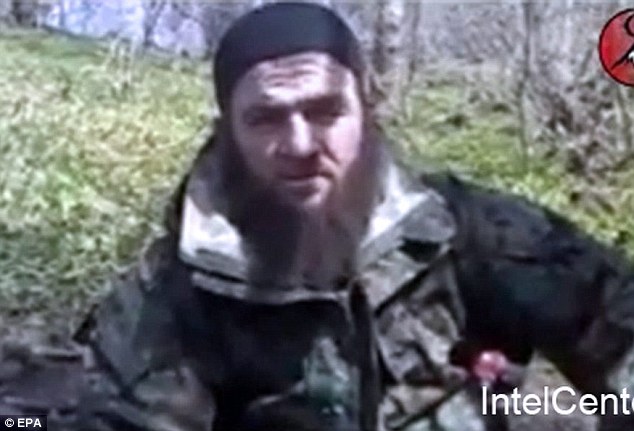 Umarov, who had called for attacks on this year’s Winter Olympics in Sochi, was the leader of the
Caucasus Emirate organisation which aims to establish an independent Islamic State in the region.

3. Palestinian envoy to Prague killed by his own booby trapped book full of Semtex.

(Reuters) – The Palestinian ambassador to Prague who died in a blast in January was most likely killed by a decades-old charge of Semtex plastic explosive concealed in a book, a newspaper reported on Tuesday citing a police investigator.

“It was an unfortunate accident. The ambassador was a thorough man who wanted to put some old things in order, and among them there were two books with explosives,” the paper quoted the source as saying.

It did not explain why such a book might have been left at the embassy in Prague.

Fighter A aims his AK47 in Daraa

“I do not want to mention my name,” says a 20-year-old FSA fighter, “because the camp we practiced in was highly classified.”

So classified, in fact, that the CIA – who are rumoured to be running the camp (but declined to comment for this article) – still won’t acknowledge it exists.

For nearly a year, rumours have swirled about a covert, US-run training camp for FSA fighters in the vast Jordanian desert. (Jordanian intelligence also did not respond to requests for comment on this article.) And, last week, it was reported that the Obama administration appears to be expanding “its covert programme of training and assistance for the Syrian opposition”. However, despite all this speculation, little is known about how this supposed Jordanian camp works, who trains there and what tactics they learn.

Lots more to come including some translations from Oz-Rita which are quite disturbing.