An unnamed source told Berita Harian that while it was too early to make any conclusions on the new finding, it was still considered an important element in the probe on the whereabouts of the plane and its 239 people.

“The simulation programmes are based on runways at the Male International Airport in Maldives, an airport owned by the United States (Diego Garcia), and three other runways in India and Sri Lanka, all have runway lengths of 1,000 metres.

At least 29 students have been killed after suspected Boko Haram militants attacked a boarding school in north-east Nigeria.

The BBC’s Will Ross in Lagos says the remote school in Yobe state was attacked overnight when students were in their dormitories.

All the victims were teenage boys and 11 others were seriously injured. Most of the school was burned to the ground.

Islamist militants have attacked dozens of schools in north-east Nigeria.

Last September, 40 students were killed at an agricultural college during another night-time raid.

Teachers at the school in Buni Yadi said the gunmen gathered the female students together before telling them to go away and get married and to abandon their education.

3. Islamic teacher who sexually abused girl, 11, as he taught her the Koran spared jail because his wife doesn’t speak English

An Islamic teacher who sexually abused a young girl as he taught her the Koran has been spared prison after a court was told he is on benefits and his wife speaks ‘very little English’.

Suleman Maknojioa, 40, repeatedly rubbed the 11-year-old’s leg and even reached underneath the long folds of her prayer headscarf to squeeze her chest whilst giving her and her two brothers private tuition in Arabic. 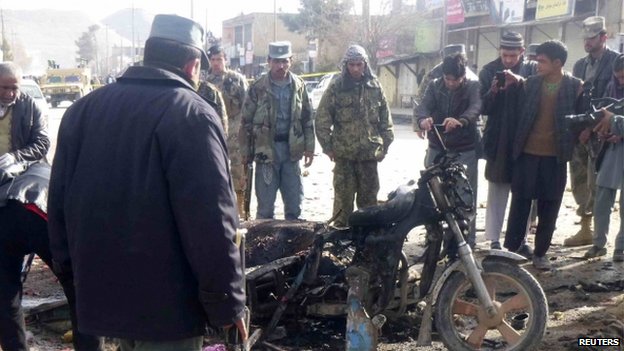 A suicide bomb attack in northern Afghanistan has killed at least 15 people including women and children, officials have told the BBC.

Another 27 were wounded in the attack in Maymana, the capital of Faryab province, provincial governor Mohammadullah Batash said.

The bomber is believed to have detonated his explosives near the entrance to a busy market.

The attack comes as Afghans prepare to hold presidential elections on 5 April.

No group has so far said it carried out the bombing.

However, Taliban insurgents and the al-Qaeda affiliated group the Islamic Movement of Uzbekistan are active in the volatile region.

Much more to come. Hearings took place yesterday in the US on the extermination of Christians in land controlled by muslims. The video is a couple of hours but I will try and extract some of the good bits and make excerpts at some point today.