(Is there a single madrassa anywhere on earth that encourages women to have independent thought and liberties? One?) 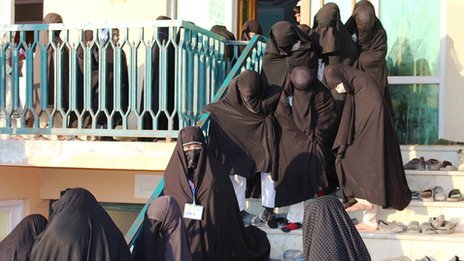 An unregistered religious school in northern Afghanistan has been accused of radicalising thousands of women.

A BBC investigation has found that the Ashraf-ul Madares madrassa in Kunduz province preaches that listening to radio, watching television and taking photos are un-Islamic activities and that women should not work outside their homes.

TEL AVIV — Israel, despite opposition from the Obama administration, has managed to upgrade its fleet of attack helicopters. 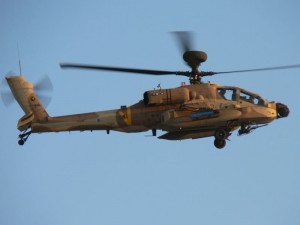 The sources said the Air Force was equipping the Apaches with two new electronic warfare systems developed in the Jewish state.

“They are based on the huge operational experience of the force in using the Apache Longbow in a variety of combat scenarios,” an officer, identified only as Maj. Yonatan, said.

The upgrade has been developed amid the U.S. refusal to modernize Israel’s Apache fleet, employed in attacks on the Hamas-ruled Gaza Strip.

Islamabad – Sharia Correspondent: The Council of Islamic Ideology (CII) concluded their 192nd meeting on Thursday with the ruling that women are un-Islamic and that their mere existence contradicted Sharia and the will of Allah. As the meeting concluded CII Chairman Maulana Muhammad Khan Shirani noted that women by existing defied the laws of nature, and to protect Islam and the Sharia women should be forced to stop existing as soon as possible. The announcement comes a couple of days after CII’s 191st meeting where they dubbed laws related to minimum marriage age to be un-Islamic.

After declaring women to be un-Islamic, Shirani explained that there were actually two kinds of women – haraam and makrooh. “We can divide all women in the world into two distinct categories: those who are haraam and those who are makrooh. Now the difference between haraam and makrooh is that the former is categorically forbidden while the latter is really really disliked,” Shirani said.

(I can’t tell if this is a joke or not. Its from Pakistan, and it is funny…)

4. State TV says Russia could turn US to ‘radioactive ash’

Moscow (AFP) – A leading anchor on Russian state television on Sunday described Russia as the only country capable of turning the United States into “radioactive ash”, in an incendiary comment at the height of tensions over the Crimea referendum.

“Russia is the only country in the world realistically capable of turning the United States into radioactive ash,” anchor Dmitry Kiselyov said on his weekly news show on state-controlled Rossiya 1 television.

5. Crimeans vote over 90 percent to quit Ukraine for Russia

By Mike Collett-White and Ronald Popeski

SIMFEROPOL/KIEV (Reuters) – Russian state media said Crimeans voted overwhelmingly to break with Ukraine and join Russia on Sunday, as Kiev accused Moscow of pouring forces into the peninsula and warned separatist leaders “the ground will burn under their feet”.

(video at that site is interesting)

More to come tonight. A video of a tard-march in Denmark that is quite chilling in some ways.