First of all, some people may have noticed that several sites which are attempting to preserve the values of the enlightenment, the most important of which is the preservation of the right to criticize, mock, point out obvious truths and generally cut down irrational political and especially religious authority.

My site would be included in this.

This is why there have been no new posts today. We are attempting to make the next move in the game of technological leapfrog which is the new basis of the preservation of freedom of speech.

By tomorrow or Monday, this site should be running better than ever. Shortly after that, many of your other favorite sites we at Vladtepesblog work with should also be more reliably up than they have been lately

1. In an attempt to outdo Femen, a group of protestors in Paris decide to go fully naked to protest Islam. I would expect within a year or so, to see women’s groups marching around wearing a full sized X-ray of themselves or possibly an ultrasound or maybe even an MRI. But for the moment they seem content with full nudity.

2. A huge column of Russian troops on the road Krasnodar Novorossiysk goes to Crimea Ukraine

3. The unprecedented decision by three Gulf states to pull their envoys from Qatar reflects their frustration with Doha’s activist foreign policy and its support for the widely banned Muslim Brotherhood.

4. Parents fury as pork sausages are banned from the school menu and replaced with halal meat

Parents have condemned a school’s decision to ban all pork products from the menu and replace other meats with halal versions.

Pupils aged between three and 11 at Brinsworth Manor Infant and Junior Schools in Rotherham – which Ofsted identifies as having only a small number of pupils from minority ethnic groups – will no longer be able to enjoy sausages, bacon or ham.

Parents at both schools, which share a site, were told of the decision in a letter from Rotherham Council’s principal catering officer Ron Parry, who wrote that there had been ‘minor adjustments’ to the lunch menu. 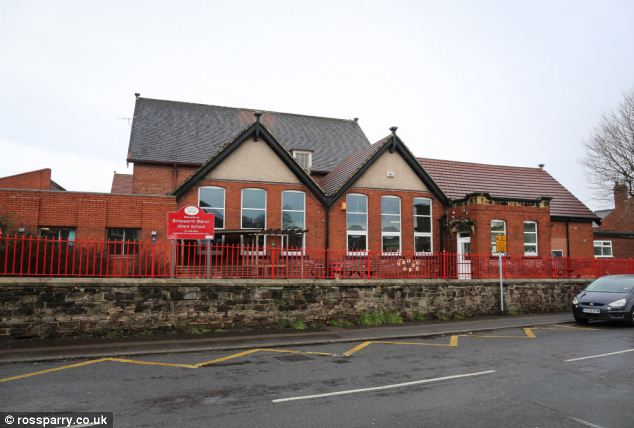 (Funny how when muslims are only a 20% minority we have to trash our own freedoms, culture and choices past just accommodating theirs but actually enslave ourselves. Imagine what it will be like when we are actually a minority. Or even just on even numbers)

(In the video at that link, it is explained that Obama made a very concerned phone call to Putin. Reportedly for an hour)

A French webmaster was handed a one-year jail sentence in a Paris court on Tuesday after being convicted of inciting and glorifying terrorism. The Muslim convert translated Al Qaeda propaganda into French before uploading it onto the web, but said he regretted his actions.

Thank you all for sending in material. EDL Buck, UK Pete, Richard and everyone. I have not had working email or website intermittently throughout the day, so I may have lost track of some things. Should be back to normal soon!