Special forces from the Shayetet 13 (Flotilla 13) unit overpowered the cargo vessel named the KLOS C – which is registered in Panama – in the early morning hours. A search aboard the vessel uncovered dozens of 302mm rockets, which are manufactured in Syria and were fired into Israel by Hezbollah during the 2006 Second Lebanon War. The rockets have a range of about 100 kilometers.

(Gee I wonder what they know that we don’t?)

3. Egyptian court bans Hamas and orders its offices to be closed down

Details of British sailors chasing slave ships across the Atlantic and freeing those on board have emerged in a 200-year-old log book from a British slave-hunter.

The fascinating journal was kept by Henry Downe, the commanding officer of HMS Black Joke, a former slave ship that was captured by the British Navy and turned into a slave-hunter.

One note made in the book describes how Black Joke chased the Spanish brig, El Almirante, across the sea for 31 hours in January 1829 before capturing and subsequently freeing more than 400 slaves.

Despite being half the size, and despite having just two cannons compared to the enemy’s 14, the British Navy defeated the Spanish ship in less than an hour and a half. 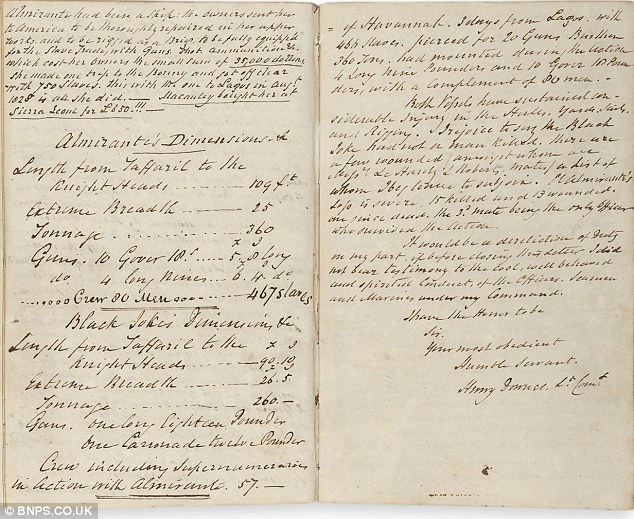 5. Can anyone help fund a trip to Syria, or maybe Liberia or North Korea for more of these guys’ friends?

Thank you UK Pete, M, ML, and all. More to come