1. Over one hundred people were stabbed in a premeditated organized terror attack in China. BBC has a video here and the Reuters article is here. The area is called, Kunming 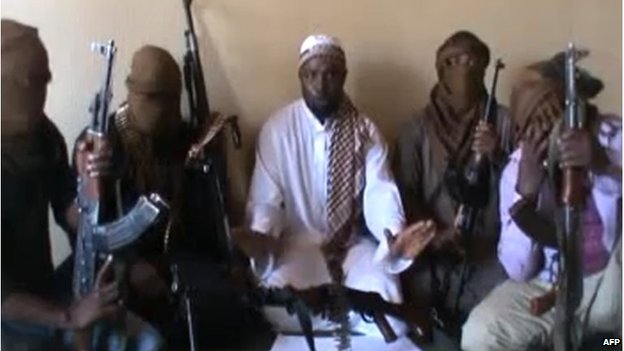 The government has vowed to defeat the militants

Suspected militant Islamists have killed at least 37 people during an assault on a town and nearby villages in north-eastern Nigeria’s Adamawa state, witnesses said.

Banks, shops and houses were also looted and burnt during the six-hour raid by militants armed with rocket-propelled grenades, they added.

Six of the militants were killed in a counter-offensive, the army said.

The Islamist group Boko Haram is waging an insurgency in Nigeria.

3. Violence breaks out in Ukraine

4. More on the Chinese attack: