1. Johansson stepping down as Oxfam ambassador

A statement released by Johansson’s spokesman Wednesday said the 29-year-old actress has “a fundamental difference of opinion” with Oxfam International because the humanitarian group opposes all trade from Israeli settlements, saying they are illegal and deny Palestinian rights. 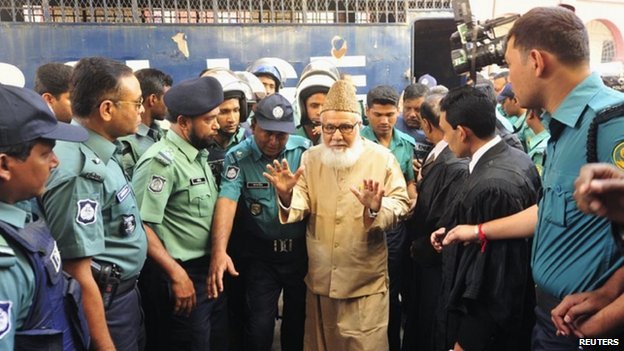 The head of Bangladesh’s main Islamist party, Motiur Rahman Nizami, has been sentenced to death for arms smuggling, prompting fears of fresh unrest.

Thank you Andrew Bostom, M, Richard and all. Much more to come. And something truly indicative of the attitude of Quebecers towards their Islamic invaders this afternoon as well.