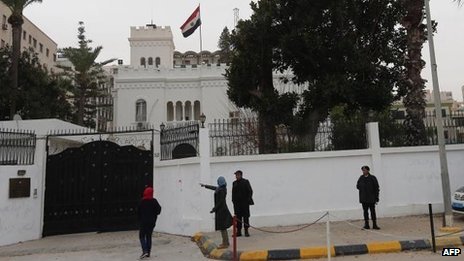 At least four Egyptian embassy personnel have been kidnapped in the Libyan capital Tripoli, the Libyan foreign ministry says.

Another embassy official was seized in the Libyan capital on Friday.

Several kidnappings of officials in Libya recently have been blamed on militias. They are often paid by the government, but their allegiance and who controls them remain in doubt.


4. Ahmadiyya moderation not all it’s cracked up to be

LONDON. The Ahmadis are characterised as a group that is supportive of integration and as a shining example of how Islam can fit happily within a modern liberal democracy. They’ve been warmly praised by the Mayor of London and several high profile Members of Parliament; primarily for their charity work and the promotion of community understanding and integration.

I however have some reservations. I have debated with members of the Ahmadiyya sect and am somewhat uncomfortable with this firm acclaim.

To give them their due, the Ahmadi community in Britain does regularly preach peace and unity, and on their UK website – Love for All, Hatred for None – they call for “the rejection of violence and terrorism, the separation of mosque and state and the promotion of Human Rights including complete freedom of religion for all.” …