1. Please read this update to the Minneapolis islamic community building explosion. This is an important issue and we must not let it get buried due to the inconvenient facts to the narrative. Seneca III also offers this analysis here.

2. Facebook seems to have a more aggressive policy these days to anything offending Islam. The People’s Cube has received a 12 hour suspension for this photo: 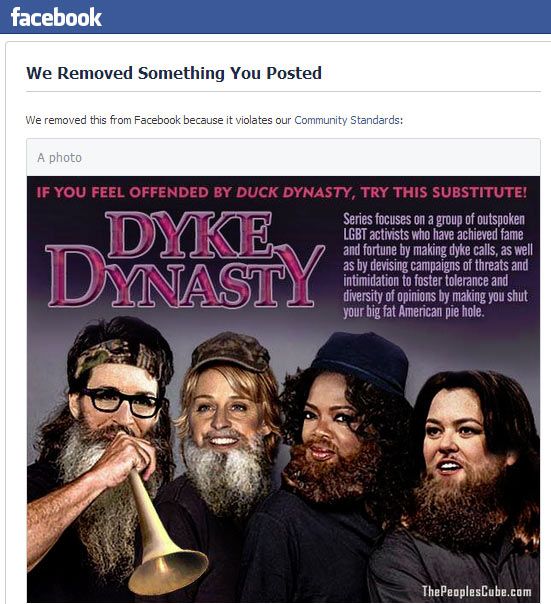 Proving once again the  premise of the old joke: “How many lesbians does it take to change a lightbulb? A: THAT’S NOT FUNNY!!!”

The Jewish division of the English Defense League has also been receiving so many 12 hour suspensions from Facebook in the last little while it becomes negligibly worth the effort. The most recent ban was for this photo: 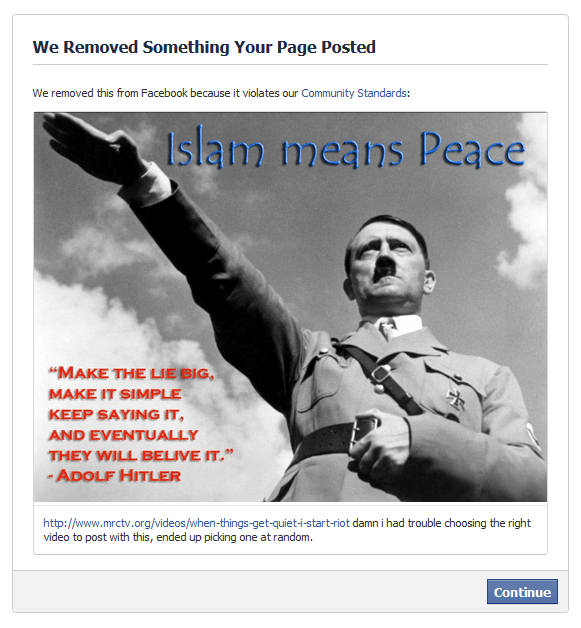 An historically significant point. But worthy of a nuisance ban on Facebook. To be clear, I have always detested Facebook for the grossly dishonest way it collects, stores and collates information on you, and that belongs to you, in ways that would give wood to the most ambitious NSA operative. And also for the way they make it pretty much impossible to delete an account. Even after you do, they tell you its only suspended and if you manage somehow to actually delete it, the first time someone looks for you it might suddenly reanimate with all your data intact.

But Facebook has become too big for the private enterprise argument. With that kind of power has to come at least some responsibility and some fairness instead of just caving in to the most violent and irrational group.

5. VATICAN CITY – Pope Francis announced on Sunday that he will visit Holy Land sites in Jordan, Israel and the Palestinian Territories in May, his first trip to the area as pontiff.

Thank you M, ML, and all who sent in links. More to come later.