1. Do you believe in individual rights? Then you are a potential terrorist according to the US Guv.

NATO officials confirmed the shooting at the British-run Afghan National Army Officer Academy, which has been set up to produce a new generation of professional military leaders as the Afghan army takes on the Taliban.

3. Saudi beats the crap out of a S Asian man because the Asian man talked to the Saudi’s wife. Story here.

4. Methinkst the Saudis won’t be the boss of anyone soon. But this might explain who is paying the Amer-Indians for the highly aggressive protests they are doing against fracking in Canada. Without free money, the Saudis are no threat to anyone but each other. With money, a giant threat to everyone. One wonders what this says about their culture.

5. Some great footage of the Nazi SS muslim division

6. Kabul, Afghanistan (CNN) — At least 20 people on their way to a wedding were killed on Sunday in a roadside bombing in eastern Afghanistan, a local official told CNN.
7. Does anyone have any good pictures of this famous statue in Spain?

8. The Desert of Islamization. Daniel Greenfield.

Wars are fought with steel and of words. To fight a thing, we have to understand what we are fighting and why. A blindness in words can kill as effectively as blindness on the battlefield. 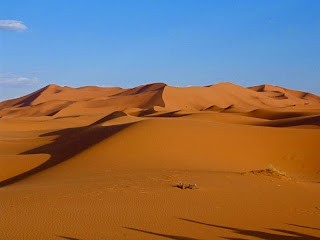 Words shape our world. In war, they define the nature of the conflict. That definition can be
misleading. Often it’s expedient.

The real reasons for the last world war had very little to do with democracy. The current war does involve terrorism, but like fascism, it’s incidental to the bigger picture. The United States would not have gone to war to ensure open elections in Germany. It hasn’t been dragged into the dysfunctional politics and conflicts of the Muslim world because of terrorism. […]

9. Israel now says that Iran will be able to build a bomb within a month and will not let that happen.