This photo was sent to me by a reader (I’ll let her identify herself if she wishes to be known) and she asks whether or not this organization, ICNA, is the same organization as ISNA that recently had its charitable status revoked.

Blazing Cat Fur offers this story which shows what they are all about despite their benign sounding bus adverts here.

ICNA as I understand, and its parent group, Jamat-e-Islami (South Asian islamic movement based in Pakistan) are both front groups for the Muslim Brotherhood. Jamat-e-Islami is also the group that orchestrates attacks against Indian-controlled Kashmir and Jammu.

C.B. Sashenka did some research on this group and wrote the following for us:

Jamaat-e-Islami, a branch of the Muslim Brotherhood based in Pakistan (and outlawed in Bangledesh from participating in elections for opposing the secular constitution), is the parent group of ICNA – whose official 2010 handbook describes a 5-tiered strategy to establish a “united Islamic state, governed by an elected caliphate in accordance with the laws of sharia.” AND, in the 1991 Muslim Brotherhood, ICNA and ISNA are listed as front groups for the US Muslim Brotherhood.

Jamaat-e-Islami, a political organization that actively contests the legitimacy of India’s governance over the state of Jammu and Kashmir, through Hizbul Mujahideen, which is listed as a terrorist entity by the Council of the EU and is declared a banned terrorist organization by the Government of India.

Now, regarding ISNA, The Canada Revenue Agency (CRA) has just recently revoked the charitable registration of the ISNA Development Foundation, a Mississauga-based charity (Ontario). ISNA had entered into a funding arrangement with the Kashmiri Canadian Council/Kashmiri Relief Fund of Canada (KCC/KRFC), to send funds to a Pakistan-based non-governmental organization named the Relief Organization for Kashmiri Muslims (ROKM). It just so happens, that ROKM is the charitable arm of Jamaat-e-Islami.

For more on this please refer to this Clarion project article.

(Thank you for your help on this C.B. Sashenka) 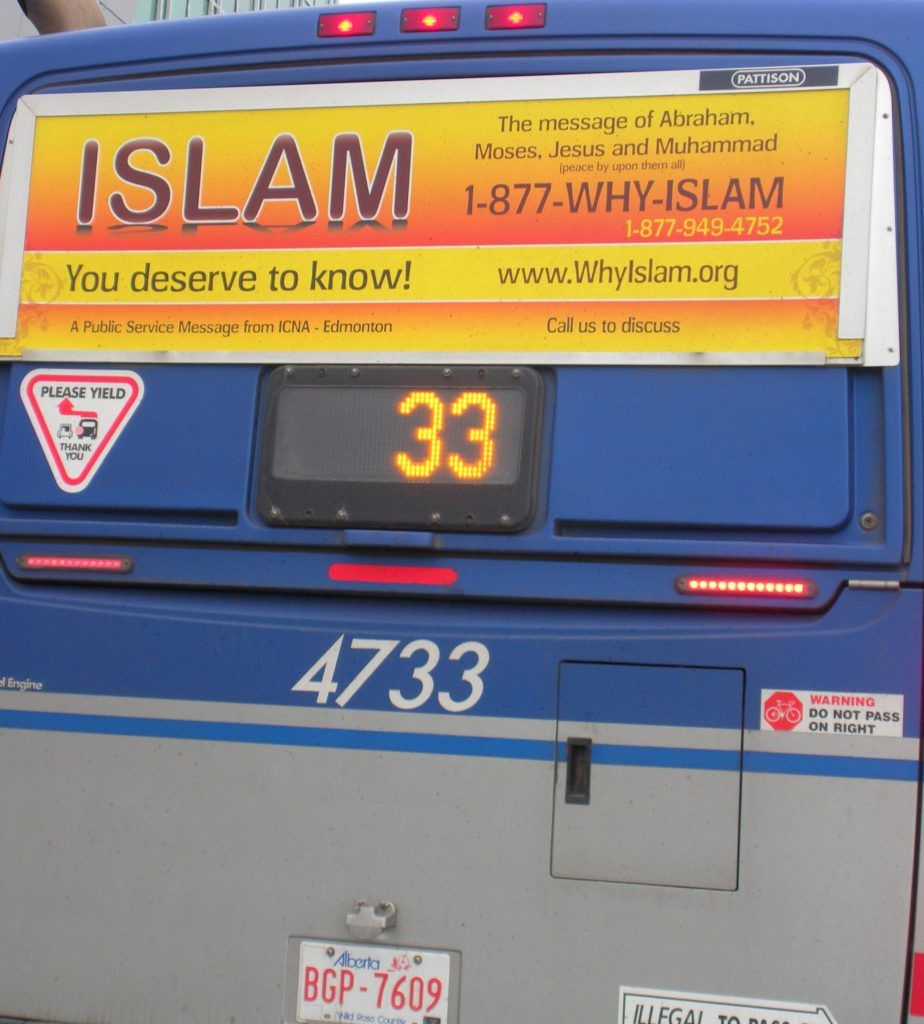 6 Replies to “ICNA does dawa in Canada while promoting classic islamic dogma and much more of concern.”