1. Political correctness and peeing standing up. Young girl told she can use boys washroom at school cause DOJ said so.

(I wonder if there was a day when soldiers were in more danger in their home country from the enemy than when they were actually on the field of battle. Put another way, I wonder when our governments will admit the streets are a field of battle.)

3. Czech Pastafarian allowed to wear sieve on his head in official ID photo shows the futility of multiculturalism as official policy. 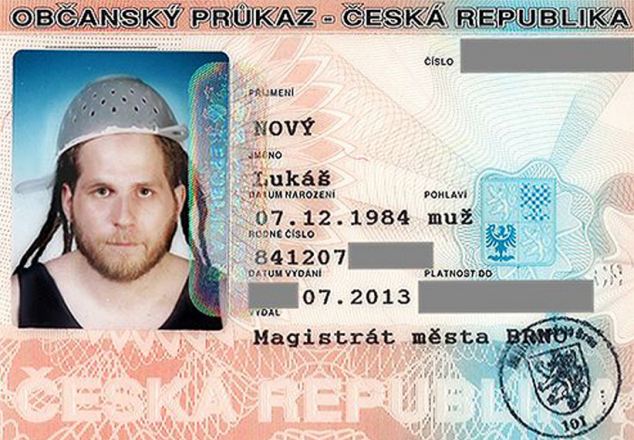 4. ‘Illegal’ muslim party banned from polls in Bangladesh. (Now if only they could be banned from the streets where they riot)

6. There is a lot of material about former Sec. state Clinton’s gal Friday, Huma Abedin recently. Andrew Bostom has published a lot of material and quite frighteningly, provided solid proof of her personal beliefs and the agenda she works for, in the form of publications she was involved with, that have conclusions which are undeniably violently seditious.

Here is one of the Bostom Articles and here is another

““…Islam does not recognize a dichotomy between the sacred and the secular. In the name of peaceful co-existence and religious harmony, non-Muslims should stop opposing the application of shari’ah by and for the Muslims…Moreover, the Ahl al-Kitab should eschew all acts bordering on treasonable felony but cooperate with Muslims and, as scripturalists, should not support secularism”

More on this later with a Diana West interview.

7. European Union creates law that will go down in history as the most selectively enforced of all time. While great in theory, we can bet on exactly how this will play out in fact. Further disenfranchisement of non-muslims of all kinds in every way, in all institutions and as closely as possible to our own minds.