The dozens of passengers were hurt, four of them seriously, when the trains collided on the same track after travelling towards each other near Granges-Marnand station in the west of the country.

Police, ambulances, helicopters and firefighters were on the scene following the crash, which happened just before 7pm local time (6pm BST), according to Swiss newspaper the Geneva Tribune. 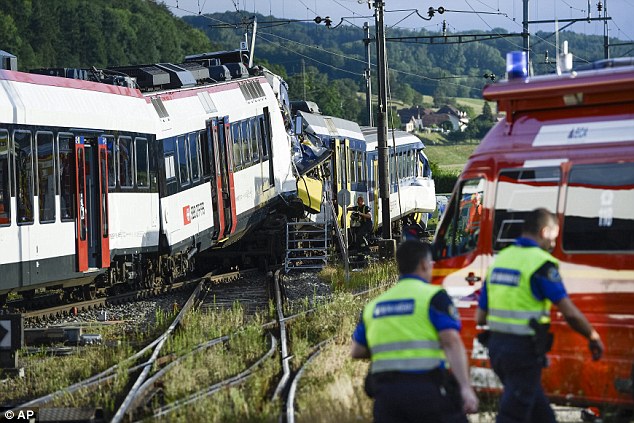