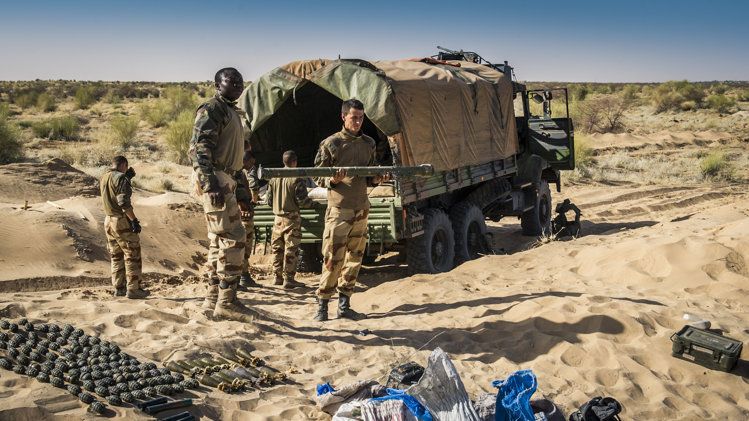 In this March 29, 2013 photo provided by the French Army’s images division, ECPAD, a French soldier holds the launch tube of an SA-7 surface-to-air missile before its destruction in Timbuktu, northern Mali. The knowledge that the terrorists have the weapon has already changed the way the French are carrying out their five-month-old offensive in Mali. They are using more fighter jets rather than helicopters to fly above its range of 1.4 miles (2.3 kilometers) from the ground, even though that makes it harder to attack the jihadists. They are also making cargo planes land and take off more steeply to limit how long they are exposed, in line with similar practices in Iraq after an SA-14 hit the wing of a DHL cargo plane in 2003. (AP Photo/ECPAD, Olivier Debes)

TIMBUKTU, Mali (AP) — The photocopies of the manual lay in heaps on the floor, in stacks that scaled one wall, like Xeroxed, stapled handouts for a class.

Except that the students in this case were al-Qaida fighters in Mali. And the manual was a detailed guide, with diagrams and photographs, on how to use a weapon that particularly concerns the United States: A surface-to-air missile capable of taking down a commercial airplane.

Here is the published part of the manual