Anyone even mildly curious about these events might want to watch Stephen Coughlin’s videos on ‘Days of Rage’ which explains the motives well enough to actually predict them. 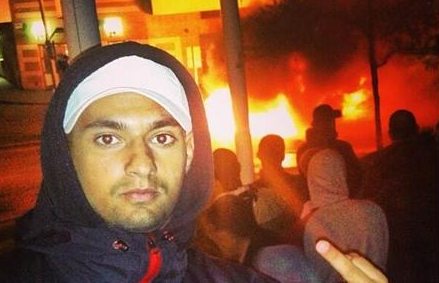 It seems that Stockholm has become the Paris of the North — but probably not in a way that would gladden the heart of a Swedish tourism minister.

A third night of rioting has engulfed the suburbs of Stockholm, spreading from Husby to Tensta, Kista, Rinkeby, Jakobsberg, and other culturally enriched neighborhoods. The Swedish and Norwegian media are covering the events (assiduously avoiding saying anything about the ethnicity or immigrant status of the perpetrators), but I’m told that Danish outlets have so far made no mention of what is happening in the capital of their Nordic neighbor. Which is curious, considering the Denmark is generally more open than Norway or Sweden.

Many thanks to The Observer for translating this article from Aftenposten:

More car fires and unrest in various locations in Stockholm

For the third night in a row riots have broken out in the Swedish capital.

Cars are burning in various locations in and around the city according to Swedish media reports late Tuesday night.

In addition to the car fires a barn, Husby Gård [Husby Farm], which houses a cafe and an art center, have been torched according to Svenska Dagbladet [Swedish newspaper].

According to the newspaper, the fire department is at the scene, but the building is completely ablaze.

Cars have been torched in several suburbs in the northwestern parts of Stockholm, including in Husby, Tensta and Kista, writes DN.se.

3 Replies to “Carbecues in the Stockholm Banlieues”