Tries to make all the TV’s go fuzzy, wants to kill everyone, usual muslim attempt at super-villaindom. Thank you HERMES for the translation.

Gates of Vienna has an attending article to go with this video.

Rumour has it that they have arrested this fellow in Turkey where they are trying to decide if they should extradite him to Europe or name a street after him in Ankara.

It does beg one question though:

If he succeeds, and manages to destroy infidel European civilization etc. Where will he get his next pair of Crocs? 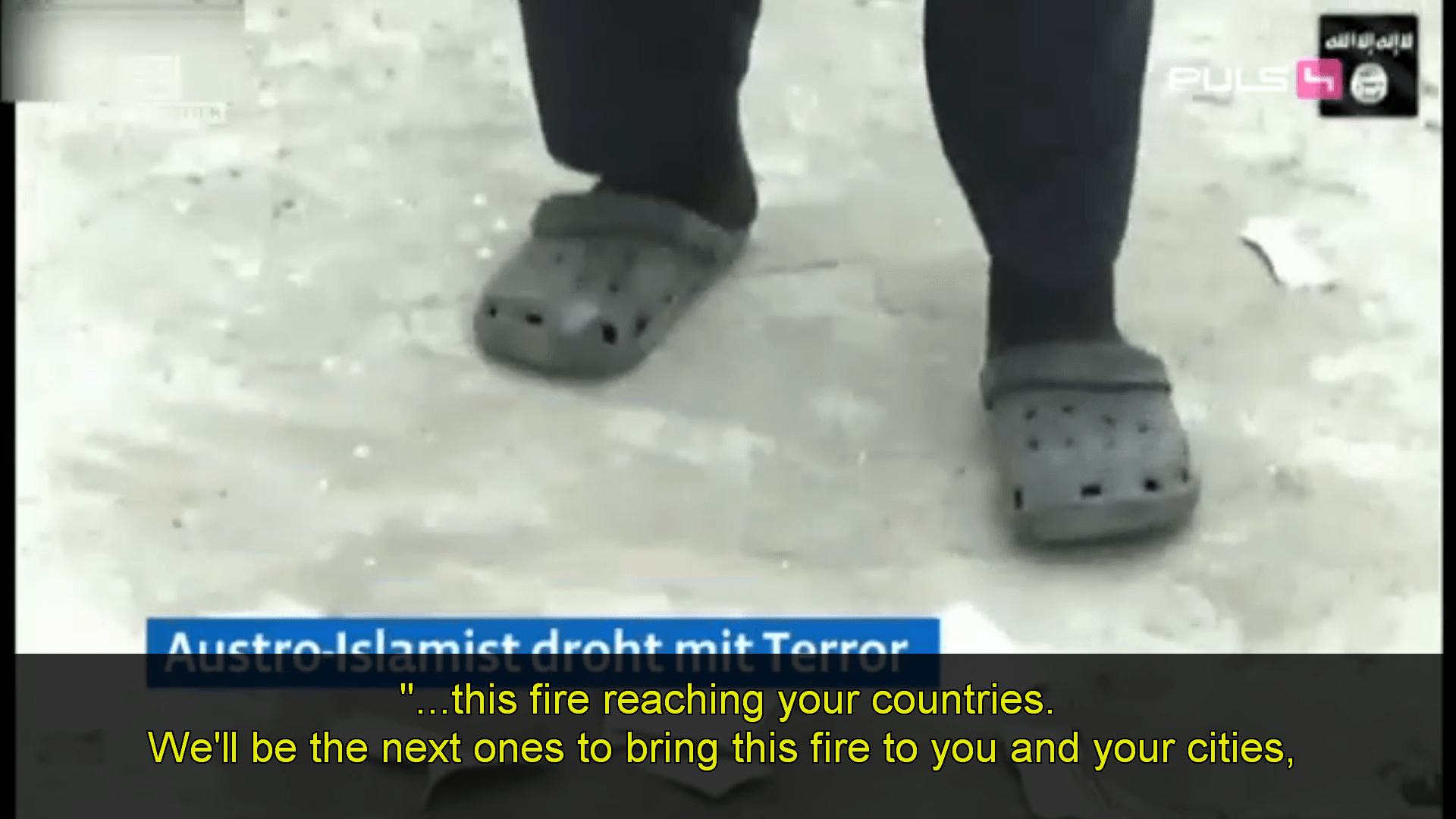