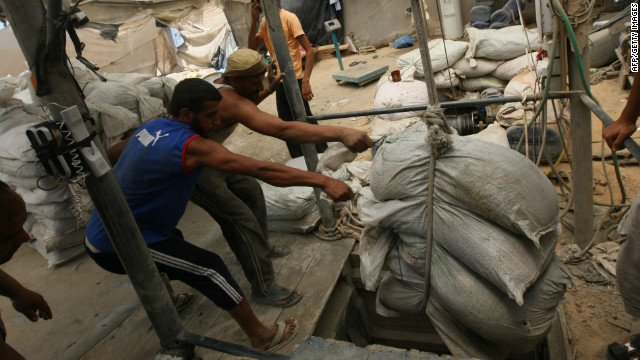 Read a version of this story in Arabic.

(CNN) — An Egyptian court ordered authorities Tuesday to destroy tunnels between the country and Gaza — the latest sign of a crackdown on underground smuggling networks.

It’s unclear what Egyptian authorities will do to comply with the court’s decision, but it appears to fall in line with a recent push to put a stop to the tunnels.

Egyptian security forces began sending sewage through the tunnels earlier this month as part of a new campaign to flood them, two senior intelligence sources said.

One Reply to “Egyptian court orders destruction of Gaza tunnels”