A private donor may have stepped in to pay for the axed Christmas tree, but the controversy will continue as the board are now being accused of racism 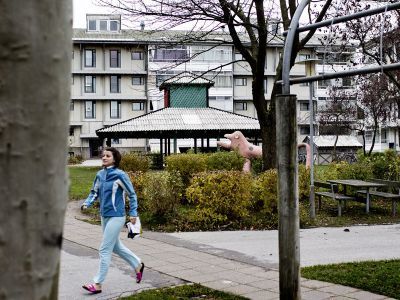 The on-going controversy over theChristmas tree and the housing association in Kokkedal, a town north of Copenhagen, took another turn this weekend, when two journalists from TV2 News escaped unharmed after their van was attacked by 25 masked individuals.

The journalists had gone to the Egedalsvænget housing complex to report on a petition that was gathering signatures of those who had lost confidence in the housing association’s board.

The board had voted against paying 8,000 kroner for the annual Christmas tree and party, but had earlier in the year approved the payment of 60,000 kroner for a party celebrating the Muslim holiday of Eid. Five out of nine of the board members are Muslims.

After the men arrived and exited the van, the attackers promptly began throwing bricks and cobblestones at it. The attackers shouted slurs at the journalists, such as “Neo-Nazi”, and told them to leave.

Following the attack that damaged the windows, doors and the dashboard of the van, the head of TV2 News condemned the treatment of his journalists.

“It’s completely outrageous that things like this happen, but I’m glad it was only our hardware that was attacked and that our personnel were unharmed,” Jacob Nybroe told Jyllands-Posten newspaper. “But it’s disappointing that we can’t cover the news everywhere in Denmark.”

The North Zealand Police has said it is now investigating the incident.

The story of the axed Christmas tree was taken up by the Danish media with gusto after several politicians and commentators suggested it demonstrated an intolerance towards Danish customs held by the minority Muslim population.

But not everyone on the board can agree on why the proposal to have a Christmas tree was rejected.

“No-one wanted to take on the responsibility of getting it,” one board member, Ismail Mestasi, told the press. “A vote was taken and it ended as it ended. I don’t celebrate Christmas, but I was asked to get the tree. And I didn’t want to.”

“It needs to be determined to what extent the decision by the Muslim members of the board to first vote ‘yes’ to a 60,000 kroner Eid party, then ‘no’ to a 8,000 kroner Christmas tree to celebrate Christian traditions, violates laws by discriminating against Christians and their traditions,” police spokesperson Karsten Egtved wrote in his report.

2 Replies to “Journalists attacked for reporting on Christmas tree controversy”