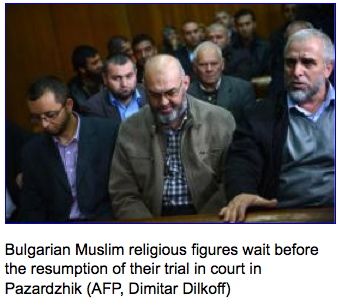 PAZARDZHIK, Bulgaria — A trial against 13 Bulgarian Muslim religious leaders for preaching a radical form of Islam heard key witnesses Monday, while nationalists demonstrated at the court in the southern town of Pazardzhik to protest “Muslim pressure” on its work.

The 12 men and one woman — imams, mufti Islamic scholars and teachers — have been charged with founding a local branch of the extremist Al Waqf-Al Islami group in the southern regions of Smolyan, Blagoevgrad and Pazardzhik.

The Netherlands-based but Saudi-funded organisation is suspected of links to Al-Qaeda.

The 13 were charged with preaching a radical anti-democratic ideology based on hardline Salafist teachings during prayers at mosques, lectures, sermons and cafe meetings between March 2008 and October 2010 and with seeking to impose a caliphate state.

All defendants have pleaded not guilty and several witnesses have so far refused to confirm their initial written testimony.

Another key witness, who once worked for the Al Waqf-Al Islami foundation also rejected his testimony on Monday. Muafak al-Assad, a Syrian national who once studied in Bulgaria, also said he was pressured by state security agents to refuse an interpreter and not to appear at the trial at all.

Three protected witnesses called by the prosecution were also due to testify later Monday.

About 300 nationalists meanwhile demonstrated at the court with Bulgarian flags and signs reading “Bulgaria is a secular state” to protest what they said was “Muslim pressure” over the court during its previous hearings.

A crowd of long-bearded men and women wearing long black dresses had then gathered outside the courtroom to support their religious leaders but their outfit, which is not traditional for Bulgaria’s Muslim minority, sparked a controversy. They were absent on Monday, however. 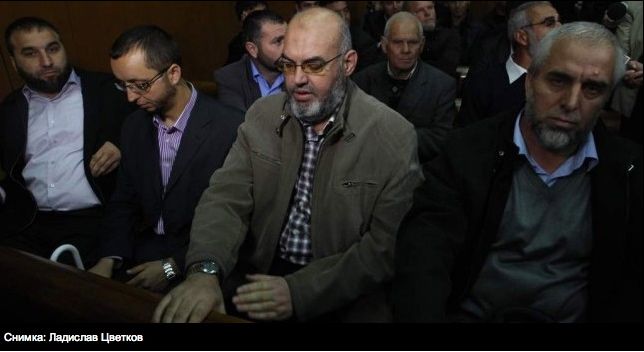