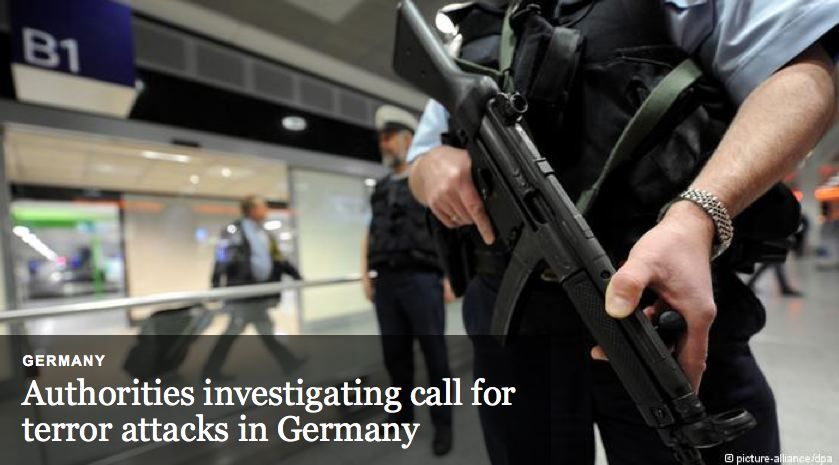 A group of Islamist extremists has called for terrorist attacks to be carried out in Germany. The letter also claims that a German plays the leading role in a video that has caused outrage in the Islamic world.

The news of the call for attacks in Germany was first reported in the Tuesday edition of the daily newspaper Die Welt.