I dunno, is this even news anymore? I mean especially in Greece.

Some pre riot arselifting. Can’t riot, attack people, burn stuff down and demand genocide of the Jews with any chance of a hemorrhoid attack now can we? 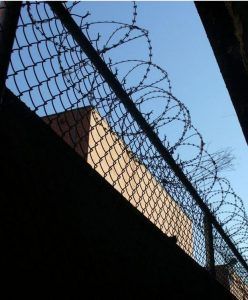 Athens– As Islamists rioted on the streets of Athens on Sunday afternoon in protest against the film “Innocence of Muslims”, Muslim prisoners in Korydallos Prison, Athens, went on the rampage.

Muslim prison inmates in Korydallos Prison showed solidarity with their fellow Islamists rioting on the streets of Athens, by staging their own prison riot.

To Vima reported the riot broke out on the wings which held mainly foreign prisoners during Sunday afternoon: by the evening the situation was uncontrollable.