And now ladies and gentlemen, the real reason for the international day of rage. The demand to destroy freedom of speech and freedom of conscience globally exactly as Stephen Coughlin explained it.

In a move that could escalate tensions around the Arab world, the leader of the Hezbollah militant group called for protests against the movie and said the U.S. must be held accountable for the film.

In a televised speech, Hezbollah leader Sheik Hassan Nasrallah pushed for the creation of an international law that would ban insults of Islam and other religions, citing similar laws that exist to prevent anti-Semitism.

His outrage stems from the anti-Islam film produced by a mysterious convict based in California, that has since sparked protests outside American embassies in the Middle East and across the globe. 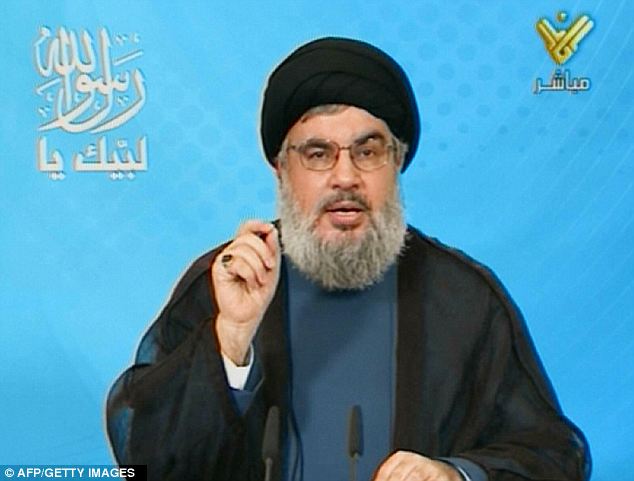 Arguing for action: Hezbollah leader Sheik Hassan Nasrallah pushed for the creation of an international law that would ban insults of Islam in wake of the offensive film that prompted global protests

‘Those who should be held accountable, punished, prosecuted and boycotted are those directly responsible for this film and those who stand behind them and those who support and protect them, primarily the United States of America,’ Mr Nasrallah said.