A report based on an article in Dagens Nyheter by Michael Laudahn:

Stockholm’s politicians — especially the most powerful ones — shy away from the city’s immigrant-packed low-income areas. For example not one bourgeois alderman lives outside the city centre. — A democratic scandal, according to author Per Wirtén]

SEGREGATION: In an article today, Dagens Nyheter [DN] provides an overview over where Stockholm’s politicians live, and the result is — hardly surprising, but still mind the double standards — that they live far from the city’s immigrant-packed areas. Among those steering the municipality, not one lives outside the [picturesque, all-Swede] city centre 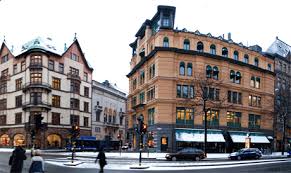 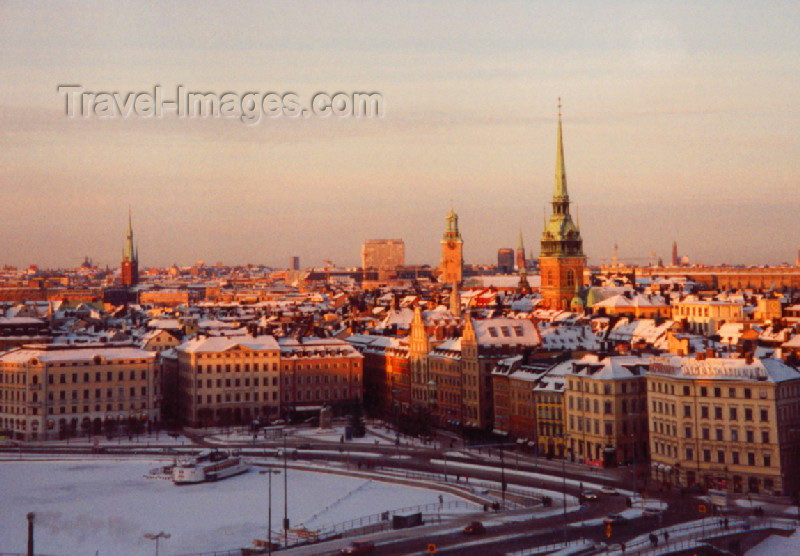 Alas, DN — considering their demonstratively bourgeois and [European!] liberal attitude — has then turned to leftist extremist Per Wirtén, for the political analysis of this state of the matter. And confided this responsibility, nobody would have to fear that Wirtén would drive into the political ditch. Basically, it all centres around socio-economic matters and the consequences of a capitalist society. Any potential relation to Sweden’s irresponsible immigration policy is from the outset excluded.

In his article, Wirtén frets primarily about how this looks, and states that it is a democratic problem. He beats around the bush, but does not manage to speak out about what is self-evident — NO Swede with a Swedish background who can afford to live somewhere else resides voluntarily in the exclusion areas packed with immigrants. Why should politicians be different in this respect from other Swedes?

The remarkable thing here is the hypocrisy. Wirtén, leftist that he is, wants to demonstrate that there still are more Social Democrats [S] among local politicians living in the suburbs than bourgeois politicians. ‘This does make a difference,’ states Wirtén optimistically. Yes, possibly in the degree of hypocrisy. Those shouting most loudly about socioeconomic exclusion, children’s poverty, etc. are the red-greens, and the distance to their own choice of life — to live in totally different areas — makes it all the more obvious.

During his time, S speaker Göran Persson was out there, during his election campaign, in the million-dollar ghettos, and he was asked the question if he would live there himself, something he didn’t have a problem lying about, before the rolling cameras: Sure, he could imagine doing that, said Persson, because there were so many nice people. A little later, when Persson needed an apartment in Stockholm, as a complement to his country estate, he of course called Wallenstam  and got a rental contract for a fine inner-city address.

The recently elected S leader Stefan Löfvén also gave a sample of this hypocrisy, when he claimed of course not to object at all to living in the immigrant-packed Tensta suburb  near-by Rinkeby. The result, however, is that Löfvén lives in central Vasastan, and when he now looks for a new apartment, he continues to aim at the city centre.

Wirtén steams around in his article, admitting that the immigrant-packed suburbs ‘have a bad reputation’, and that this is a reason why politicians won’t reside there — insinuating that this bad reputation must be undeserved, one way or another. The criminal gangs, the burning cars, the burning schools, stone-throwing against police, firefighters and ambulances, street violence, Islamist fundamentalism, qat-chewing and all the other things are clearly not sufficient to deserve a bad reputation, according to Wirtén. And why Swedish politicians should want to live in areas that remind one more of Beirut or Gaza than of Sweden is of course an issue which is not addressed at all. Should the issue nonetheless be addressed, a reluctance to live there would then obviously be tantamount to pure racism.

Also Irene Molina, a professor of cultural geography at Uppsala University, gets a chance to fret about how politicians have spread unevenly over Stockholm. Full of comprehension, she states that concerning politicians’ housing preferences, there is a characteristic concentration in the city’s more attractive parts, and that these politicians do not see the everyday life on which they legislate, which is how a large portion of the population dwells and lives. But this is about as far as the analysis goes.

Wirtén says, of course, that this is a problem which needs to be discussed, that the parties have a responsibility, etc. But when someone really attempts to discuss the actual reason why Stockholm and other cities are enormously ethnically segregated — the failed immigration and integration policy — then Wirtén’s scolding sounds quite different. Then there is no more discussion, but shut the lid, and then mud-slinging against the messenger and his uncomfortable message. And the journalist corps are at least as hypocritical as the politicians — continuing to pull their straw to the stack so the segregation problem never will be solved, whilst continuing to be indignant about it.