Mirrored from Gates of Vienna: 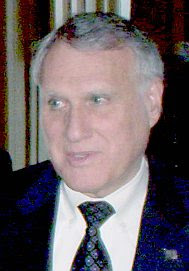 I first met Senator Jon Kyl (R-AZ) back in February 2009, when he invited Geert Wilders to speak and show his movie Fitna in the Lyndon B. Johnson Room of the United States Senate. The topic of the day was freedom of speech, which Sen. Kyl consistently champions — unlike certain of his Republican colleagues in the Senate.

The photos at right were all taken that afternoon. Before the screening of Fitna, Mr. Wilders and Sen. Kyl discussed the Islamization of the West and the dangers to free speech posed by the encroachment of sharia in Europe and the United States.

The most recent piece of proposed legislation sponsored by Sen. Kyl should not have been necessary. If our country were actually governed by the Constitution, it would be entirely superfluous. However, the Constitution has been widely disregarded for decades, a systemic failure that Muslim Brotherhood infiltrators have found serendipitous for advancing their cause in the USA.

Islam can never gain a significant toehold in the United States unless it can somehow prevent the unfettered discussion of sharia. Researchers who delve into Islamic law and its practical effects tend to observe that sharia runs entirely contrary to the United States Constitution, the Universal Declaration of Human Rights, and the laws and constitutions of all European countries as well as the EU. To point this fact out in public is to thoroughly discredit Islamic doctrine.

In order to suppress the discussion of such matters, the agents of the Muslim Brotherhood must make “discrediting Islamic doctrine” the equivalent of “defaming a religion” — which, when the religion in question is Islam, is a capital crime under sharia. They have successfully pursued their case in the United Nations via Resolution 16/18, and are now seeking to enforce its provisions in the United States.

Their ambitions in this regard have been stymied up until now by an annoying piece of paper known as the First Amendment. But the Muslim Brotherhood has a multi-pronged strategy for disabling the Bill of Rights, and is slowly eroding its protections on a case-by-case basis, nibbling away like termites on the freedoms we all enjoy.

One Islamic tactic is an attempt to create a precedent for the “test of consequences” provisions of the UN resolution. This aspect of the Brotherhood’s strategy — as exemplified by the widespread response to the Breivik massacre — has been discussed here at length in the past.

Another more successful ploy is what is commonly known as “lawfare”. This involves the filing of frivolous lawsuits against those who criticize Islam and warn about the encroachment of sharia in America. Regardless of the merits of the case — which are usually non-existent — fighting it can bankrupt a defendant, whereas the plaintiff can draw from a virtually bottomless well of petrodollars. Targets of such lawfare, especially corporations, tend to cave in quickly and settle out of court, thus ceding just a little more legal territory to the rule of sharia.

It is in order to shore up our Constitutional protections against such tactics that Sen. Kyl has sponsored a bill known as the “Free Press Act”. Before we get into the details of his proposed legislation, however, I’d like to point out that this bill is an example of the Brussels Process in action. This is not to say that Sen. Kyl is aware of what occurred in Brussels on July 9, but rather that he has been working in parallel towards the same goal, for the same reasons.

This synergy and convergence of international efforts to reaffirm our civil liberties is what will guarantee our success. It is not just one group or one country or one coalition working towards the same end, but hundreds or thousands of different elements, all striving to reclaim our threatened liberties.

We are, in a way, the Western mirror of the Muslim Brotherhood — small, separate, and disparate groups bound together by common principles and working to realize those principles through practical action.